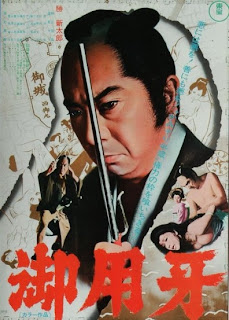 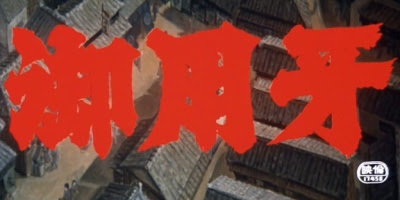 The main difficulty with the film, and the reason why it is uniformly dismissed as perverse trash, is that the central character is a walking moral contradiction. Hanzo despises corruption, detests the hypocrisy of his magisterial paymasters, and makes it abundantly clear that his primary motivation is to defend the downtrodden proletariat of Edo. In this regard Hanzo is a social warrior, anti-feudal in his sympathies, and an opponent of the various hierarchies established by the Shogunate. But at the same time Hanzo has enlisted two former convicts as his deputies, is not above using blackmail himself, employs vigilante tactics that clearly contravene the law of the land, and effectively rapes two women in order to extract information from them. Both women come to adore Hanzo’s virility, and are worshipful of his monstrous member, but they are far from consensual when Hanzo’s deputies kidnap them, and the taciturn lawman introduces them to his far from little friend! The interrogation technique is a speciality that Hanzo has created through years of self-discipline and a special study of torture techniques. After abusing his own body with a variety of torments (we are witness to one in which Hanzo instructs his crooked deputies to lay concrete blocks on his groin), he has concluded that pleasure is a far more affective tool than pain in gaining valuable information. 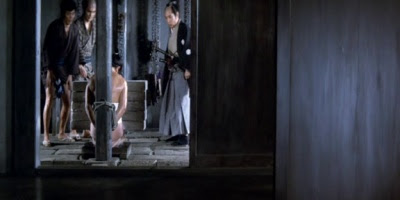 The plot of the film itself is a fairly routine investigation by Hanzo into a corrupt magistrate; his immediate superior Onishi (Kô Nishimura) nicknamed ‘The Snake’ owing to rumours of duplicity, a crooked samurai who has mysteriously disappeared from an island prison, and eventually the highest echelons of government. The conspiracy itself is typically flippant, but the important thing is that Hanzo is able to blackmail Onishi and thus ensure his position within the force, and thus a measure of power and control. The plot is fairly convoluted, and it’s clear that an attention to story detail comes secondary to such scenes as Hanzo beating his penis with a mallet, and thrusting it into a sack of rice, in order to strengthen it up for the interrogation sessions. In terms of action the film is relatively light, but when Hanzo is called upon to fight, he is not beyond using the dirtiest of tactics, as those who get struck with his spiked knuckle dusters will attest. An unorthodox and rebellious man such as Hanzo, who continuously stresses his individuality, often finds his life in peril, and as a result has implemented all manner of booby traps in his house to eliminate any would be assassins. This all adds to the highly exaggerated absurdity of the entire venture. 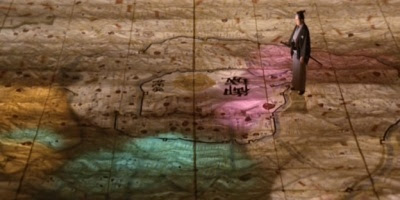 The major problem with the film though is that it suffers from a generic hybridity that borders on the schizophrenic. The film is a jidaigeki because it is a period piece and it is set during the Edo period, but it singularly lacks the full characteristics of the chambara or samurai sub-genre; there simply isn’t enough swordplay set piece action. However it does have plenty of sexploitation, and this becomes its defining feature. When it is combined with issues of torture, interrogation, and rape, the pinku-eiga genre is necessarily evoked. It was not uncommon for pinku-eiga films to utilise the trappings of the jidaigeki genre, but further tonal problems are caused by the obvious western influences that are brought to bear. In this case the American vigilante action pictures, and the blaxploitation films that were contemporaneous to Hanzo. A major signifier of this is the music of Kunihiko Murai, who provides a score that wouldn’t have been out of place in Shaft (1971) or Superfly (1972). Even the narrative of Sword of Justice has a structure that is similar to many a blaxploitation picture. The problem is it just doesn’t quite work, and the music is a bizarre distraction rather than a complementing force. Perhaps the jarring inconsistency of Sword of Justice is best represented by the odd episode that concludes the film; a sequence in which Hanzo assists a couple of children in ending the life of their terminally ill father. It is a pallid attempt to exonerate Hanzo for his earlier behaviour. For all of the sexploitation controversies in the film though, it is the casting of Shintarô Katsu that would have raised the most eyebrows in Japan.