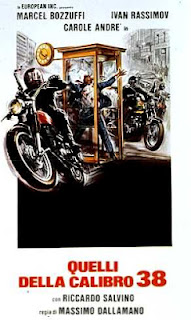 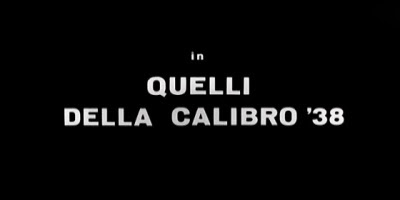 The screenplay was written by Mr. Dallamano in conjunction with three others (Franco Battari, Marco Guglielmi and Ettore Sanzó) and in addition to a swift pace which rarely drags its feet, the screenplay gives an equal amount of weighting to the good guys and the bad guys. It doesn’t attempt to give the characters any depth, but it certainly develops individual motivations. The hero of the piece is Inspector Vanni (played efficiently and robustly by French actor Marcel Bozzuffi) who is exercising a vendetta against The Black Angel (Ivan Rassimov) with extreme prejudice. Vanni is the archetypal frustrated detective, who is constantly reminded of the red tape and bureaucracy that stands between him being able to rid Turin of criminal scum like The Black Angel. It seems that even the equipment issued to the police is ineffectual, as Vanni discovers when his pistol misfires seconds after he has shot The Black Angel’s brother. The ringleader manages to flee, and his first port of call is Vanni’s home where he ruthlessly despatches the Inspector’s wife in front of his son’s uncomprehending eyes. From this point onward the film becomes a tale of vengeance as Vanni does everything in his power and within the law, and sometimes even beyond the law, to bring The Black Angel to justice. As far as the Angel is concerned their account has been settled, and after fleeing to France, and having cosmetic surgery to change his appearance, he returns to Turin with a new destructive purpose. 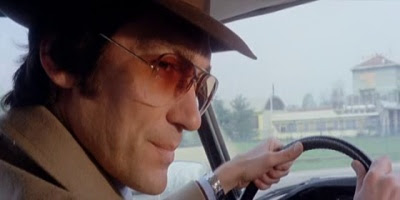 In light of the death of Vanni’s wife, he is finally giving permission to form an elite squad of officers, who are proficiently trained in the art of firing the Colt 38, and operate outside of the law. The only member of this squad who is given a role of substance is Nico (Riccardo Silvano); the other three skilled shots merely spout clichés, but provide much excitement by haring up and down the streets of Turin on high powered motorcycles. Nevertheless despite the noble aims of the Special Squad they are in effect a vigilante outfit, able to access areas of criminal society normally out of bounds to them, and able to dispense their own form of rough justice. Although Vanni has trained them to shoot for the knee and below, the realisation that the Special Squad are using ‘Dum-Dum’ bullets that fragment on entry comes as a massive shock to him. What is most surprising though is that the Special Squad are not a particularly effective unit. They certainly have no trouble dealing with riff-raff and minor low-life scum, but their efforts to thwart a recent spate of explosions in very public and heavily populated areas suggests they are more incompetent than effective. Indeed it is largely down to Nico’s solo investigation that Vanni and his crack squad discover that The Black Angel is behind the crimes, but by now his blackmail plot has been fully unveiled. Throughout the film the police are consistently flailing in the shadows, and by contrast The Black Angel is extremely efficient in carrying out his plans. 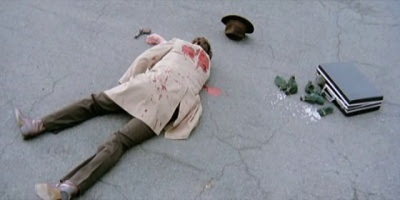 These plans have the appearance of terrorist attacks, which adds an unspoken, but nevertheless fairly obvious political dimension to the proceedings. The result is a fairly subversive message which indicates that even when operating outside the law, and using strong arm vigilante tactics, the police are still unable to defend the innocent people who get blown to smithereens. The film intentionally lacks a moral core; even the hero of the piece Vanni has an entirely selfish motive! And the only character to struggle with the moral weight of the violent milieu of Turin is assassinated! This moral vacuum opens the films up to some surprisingly grim and grotesque imagery; an informant is blown up with dynamite, a fleeing criminal has his fingers chopped off by a car door, and most notably the lingering way Dallamano’s camera explores the aftermath of the explosions. The first is in a busy railway terminal, the second at a bustling marketplace. Dallamano’s attitude is unflinching as he shows broken limbed children and blood covered corpses. The finale is very similar to the conclusion of Dirty Harry (1971), but along the way Vanni enjoys one of the most bizarre car journey’s to ever grace the cinema screens; in his desperation to reach the airstrip that The Black Angel has chosen he even drives over a moving train! Colt 38 Special Squad is a great little film, populated with enjoyable and entertaining performances, and some of the finest stunt sequences to feature in a Euro-crime movie. The subversive tone is a great bonus, as is the ever dependable musical contribution of Stelvio Cipriani.