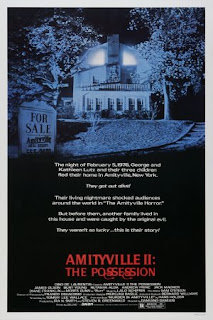 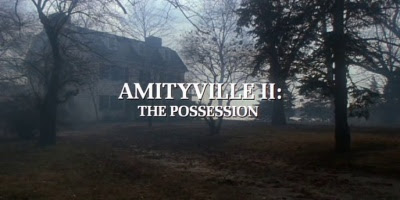 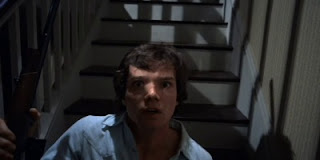 In defence of the Amityville franchise it is able to draw on one of the creepiest pieces of real estate in horror history, and in spite of its winking attic windows that seem to personify the evil that dwells deep within its shit and fly infested basement, the For Sale signs keeping getting taken down. The family on this occasion is Italian-American, they are called the Montelli’s, and the word dysfunctional might well have been coined with them in mind. From the outset the family patriarch (Burt Young) admonishes his children, insists they call him ‘Sir!’ and has an especial interest in cutting his eldest child Sonny (Jack Magner) down to size. His shrew-like wife Dolores (Diane Franklin) has the skittish self-denial of the long term abused, and punishes her husband by denying him sex. But this only aggravates him more, and a when a series of inexplicable events occur in the Montelli’s dream home, he’s only too quick to take it out on the children. It isn’t long before he’s thrashing his youngest with a belt, but before he has an opportunity to batter his wife, Sonny aims both barrels of a shotgun at his head! With a family dynamic such as this, a demonic spirit hell bent on evil is not going to have much difficulty in wreaking havoc. The important thing is that frequent John Carpenter collaborator Tommy Lee Wallace’s screenplay does an excellent job of creating a grim atmosphere of human evil, of parents so wrapped up in their own petty obsessions and squabbles that one of their children can undergo such a radical change of character, and they barely notice it. Although a lot this is laughably melodramatic, the cruelty that lies within the Montelli’s is very disturbing, and it’s a propensity for violence and vindictiveness which cannot even be purified by Dolores’ devout catholic faith. 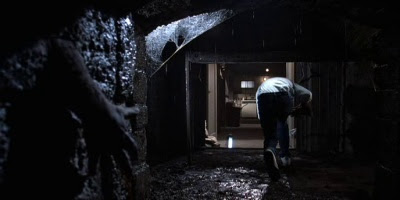 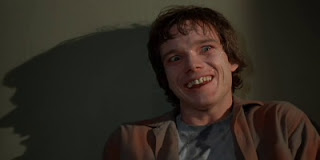 One of the major set piece sequences of the film is Sonny’s possession. This is an extended sequence which begins with an exploration of the basement, and for me the scariest moment in the film; Sonny discovers an arm coming out of wall! Italian filmmaker Damiano Damiani is so totally unused to the horror genre that he throws almost everything at this sequence; 180 degree pans, zooms (especially when Sonny is lying on his bed and the possession becomes an implied rape), elaborate tracking shots of a fleeing Sonny, and perhaps most impressively the point-of-view of the camera itself representing the unseen evil. Damiani is a director known for style and restraint, of subtlety and intelligence; his first major departure into the horror genre sees him dispense with this in favour of outright exaggeration and stylistic absurdity, but the results are very exciting. I’m not sure whether Damiani’s decision to direct the film in this style shows contempt for the material. On occasion some of his filmmaking decisions come perilously close to lampooning the genre, though it must be noted that scene after scene retains the power to impress. The most distasteful manifestation of Sonny’s newly possessed psyche (prior to the massacre of his family) is the development of an incestuous relationship with his sister Patricia (Diane Franklin). This should be shocking, but the Montelli’s are such a repulsive family that even this is not wholly unexpected. When the mother’s suspicion is aroused is it jealousy that flits across her face? The importance of this subplot is that it enables local priest Father Adamsky (James Olson) to suffer a burden of guilt that leads into the films weaker final third. 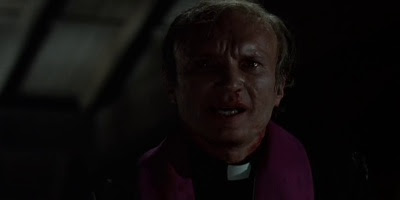 Amityville II reaches a crescendo of tension with Sonny’s shotgun massacre of his entire family. By this point Sonny’s bubbling and pulsating head has assumed the true face of the ghastly creature that inhabits his body. But unfortunately for the film, it limps on for another thirty minutes, and it switches its attentions to Adamsky and his inner struggle with the guilt that plagues him. James Olson is excellent here, and he is ably supported by Andrew Prine, but the final third falls flat. The film has shown its hand with regard to moments of tension, and all that is left is for the demon to truly show itself in an orgy of special make up effects that culminates with Sonny’s head splitting apart. The finale is the closest the film comes to replicating the mischevious demon of The Exorcist, especially when a sluttish Patricia appears in place of Sonny and prick teases the uncomprehending priest. It’s a shame that Amityville II is unable to maintain the momentum built up in the first half, and it seems a weakness to me, to suddenly shift the whole focus of the film onto a character that up to that point had been peripheral to the main action. Nevertheless I think this is an admirable effort, a rare instance of a sequel improving on the original, and effortlessly the strongest entry in the Amityville franchise.