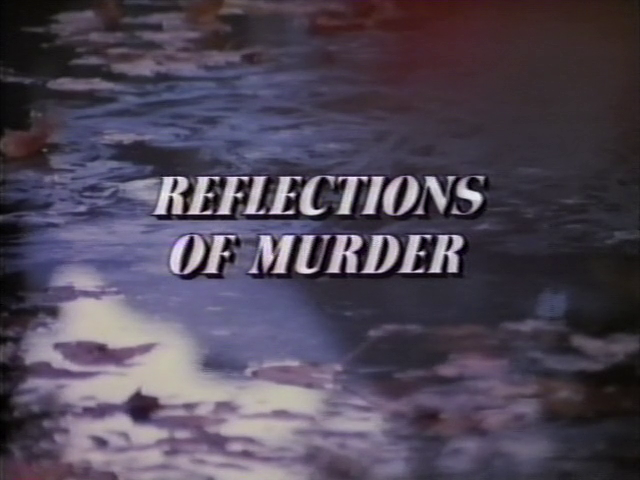 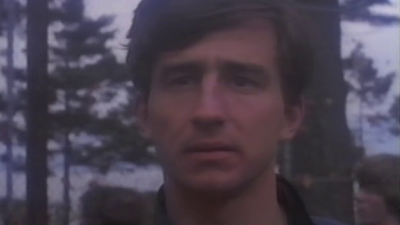 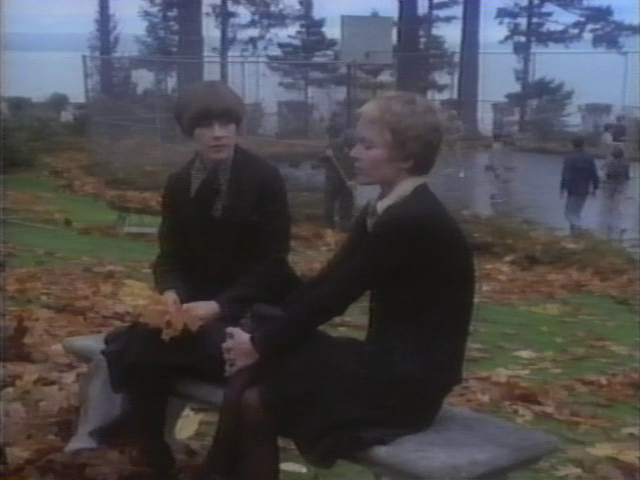 The major strength of Reflections of Murder lies in the area of casting. Sam Waterston is particularly impressive as Michael Elliot. His arrogance and cruelty is the driving force in the first third of the movie, as he effortlessly humiliates and belittles his delicate wife Claire (Joan Hackett). If Michael’s emotional cruelty isn’t enough he’s also a dab hand at dishing out physical abuse as his mistress Vicky (Tuesday Weld) discovers. Michael is even willing to perform his acts of casual emotional sadism in a public sphere, thus confirming his determination to force his wife to concede to a divorce and leave him half the estate. The estate itself is also very impressive, situated as it is on an island off the coast of Washington. ‘The Island School’ is a well appointed mansion, with a large sprawling acreage of land. Ideal for the condominiums Michael dreams of building on the site. While the school setting lacks the grime, decay, and overall sense of rot which is used metaphorically in Clouzot’s film, it does work particularly well as a gothic space, imbuing many sequences with a sense of dread and encroaching menace. Due to the nature of the plot however this wonderful location has to be left for a while as the machinations of Vicky and Claire reach their culmination in a Seattle boarding house in which one of the occupants is R. G. Armstrong. 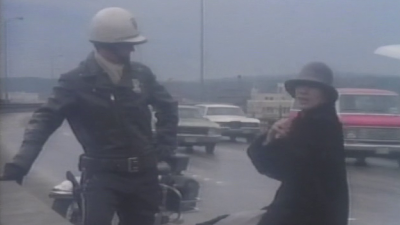 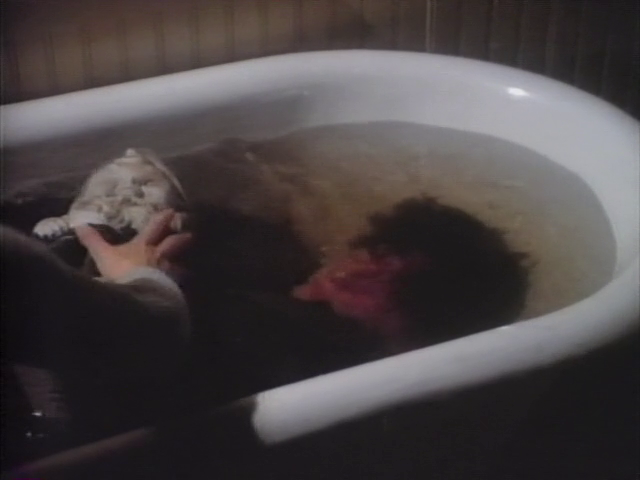 It is of course at this juncture that Michael’s physical body leaves the narrative. He still haunts the two women’s every moment, but the departure of Waterston from the middle of the film leaves a void that Hackett and Weld struggle to fill. Nevertheless there is still a solid moment of Hitchcockian suspense when the two women encounter a motorcycle cop played by Jesse Vint on a bridge. The relationship between the two women possesses an intriguing intimacy, a solidarity and empathy, which only makes the final betrayal by Vicky all the more devastating. In keeping with TV movies of the time a topical subtext is included, and there are a number of moments in which Carl Sobieski’s screenplay addresses the prevailing feminism of the day. The two women’s ingenuity and survival in the face of a brutal and domineering masculine force is commendable, but ultimately Vicky is serving that same domineering masculine force. In fact throughout the sequences in which Vicky and Claire work together, Vicky increasingly takes on a dominant/masculine role. And at times the simpering submission and neediness of Claire becomes a major irritation. Hackett is particularly impressive playing the weak and dependant Claire, and contrasts extremely well with the cold and calculating Vicky who moves from mistress and hated enemy, to friend, to accessory to murder with chilling aplomb. 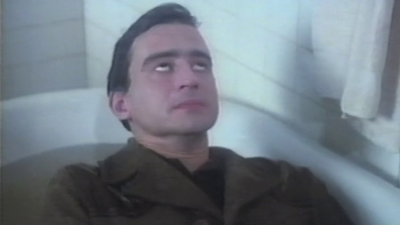 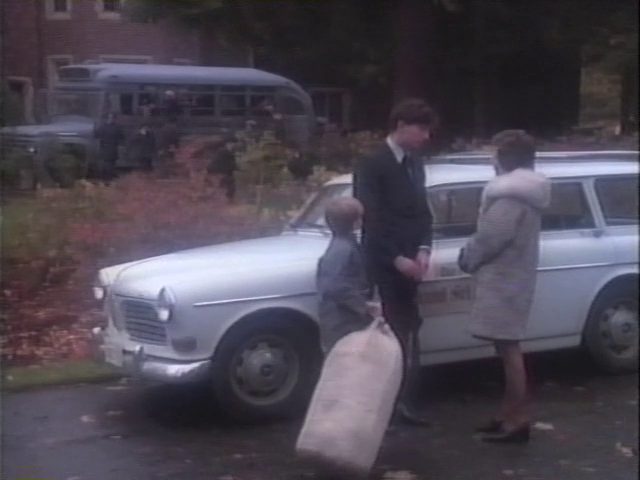 One of the major symbolic devices used in the film is the weather and landscape. This is a particularly wet movie; it rains a hell of lot. And if this wasn’t enough there are the famed bathtub sequences, the second of which sees Michael rise from his watery grave with white contact lenses in his eyes, and a number of sequences involving the schools swimming pool. Rather than having a cleansing effect the symbolism of the water does quite the reverse. The film is shot in a hazy style by Mario Tosi, and I assume this was to complement the foggy autumnal palette of the season, which is replete with blankets of fallen leaves, and a general air of decay. The gauzy cinematography however is sometimes distracting, but it does give the film an unsettling look which adds to the atmosphere. In this case the use of colour photography affords the film a gothic sensibility in favour of the heightened realism that the monochrome visuals Clouzot brought to the original. In his eye for detail and composition John Badham is especially adept, and it is no surprise that he went on to direct major Hollywood productions such as Saturday Night Fever (1977), Dracula (1979), and Blue Thunder (1983). This was an opportunity for him to get noticed, and the same can be said for Sam Waterston. For a 96 minute movie Badham keeps things nicely on track, and were it not for the middle of the movie in which Waterston is badly missed Reflections of Murder would be a resounding creative success. As it is this is a very strong TV movie, unusually divested of the myriad weaknesses that plague the form, and deserves to be enjoyed by a wider audience.