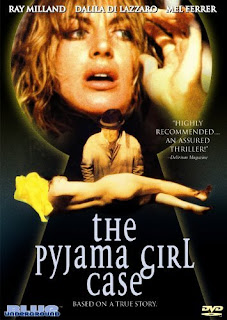 aka:
La ragazza dal pigiama giallo
The Girl in the Yellow Pyjamas


Part of the attraction of Italian giallo productions is their luridly exotic titles. It’s hard to resist films with such striking titles as The Iguana with the Tongue of Fire (1971), Black Belly of the Tarantula (1971) or Seven Blood-Stained Orchids (1972). The titles promise much but only on occasion do they fully deliver. One of the worst titles for a film is surely The Pyjama Girl Case. It doesn’t promise a great deal and expectations are subsequently low, but the film constantly upsets ones expectations. This is one of the most obscure of the batch of gialli DVD’s released by ace US distributor Blue Underground a few years back, and is in my view one of the best. It was released in 1977 at a time when the production of gialli was beginning to slow down, and to its credit does a number of different things with a form that had become stale. The director Flavio Mogherini was best known as an art director and production designer, he was the man behind the larger-than-life art deco designs of Mario Bava’s spoof spy adventure Danger: Diabolik (1968). His directorial career was less distinguished, but Mogherini who co-wrote The Pyjama Girl Case with Rafael Sanchez Campay deserves attention for his precisely plotted narrative and an ingenious piece of misdirection that takes one by surprise. 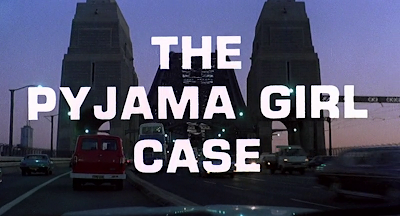 The film is unique within the giallo cycle for a number of reasons. Firstly the narrative is based on a true murder case that occurred in Australia in the 1930’s, and by and large the premise of the film is faithful to the events. The second is that the production opted to maintain continuity with the real life events by filming in Sydney, Australia. Some gialli had made occasional forays into other territories such as England, Scotland, and Ireland, but in the main the action is usually situated within a major city in mainland Europe. The decision to shoot The Pyjama Girl Case down under is vital to the realisation of the principal theme of the film; alienation. This is a film about foreigners in a foreign land, economic migrants seeking a new way of life, and instead finding themselves greeted by a seemingly impenetrable wall of cultural difference. The principal characters attempt to adapt to their new home, but their isolation, boredom and dead end jobs lead to an atmosphere of depression and deep melancholy. Mogherini and his cinematographers Raul Artigot and Carlo Carlini achieve this through a manipulation of cinematic space. The isolation and loneliness is constantly emphasised through depopulated locations. Anybody who has ever moved to a strange new town and city will sympathise greatly with the emotions that Glenda (Dalila Di Lazzaro) and Michele (Antonio Attolini) experience. 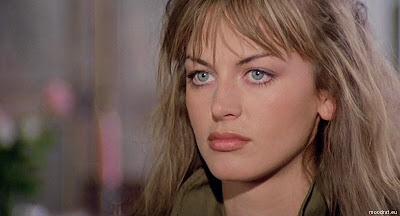 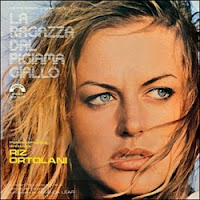 The narrative only in part deals with these themes; running in tandem to these concerns is an investigation into a particularly brutal murder. The badly burned body of a woman  is  discovered on a beach distinctively attired in the garments of the films title, and the ensuing case frustrates the investigating authorities and leads one man to come out of retirement to try and solve the crime. This is Inspector Thompson played with gruff brilliance by former Oscar winner Ray Milland. Milland’s descent into the cinematic sewer remains one of the more perplexing chapters of film history, but he obviously thought a lot more of this film because he puts in a great little performance. Like the foreigners Thompson is also cut off from society and uses the opportunity to investigate the murder as a means of reconnecting to society. The actual authorities seem unconcerned and at one point turn the investigation into an illicit circus when they put the corpse on public display in an attempt to create leads. This is an aspect of the case which apparently did actually take place. This moment is the most disturbing in the film as members of the public gawp in repulsed fascination at the charred remnants while Riz Ortolani’s electronic score throbs in the background. 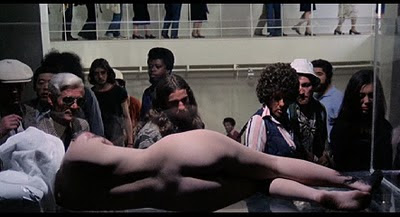 Speaking of which Ortolani’s work here will divide audiences. Included on the soundtrack are a couple of saccharine love songs which are played one too many times, they don’t really fit the tone of the film, but then neither does Ortolani’s electronic music. It’s rare for me to say this but Ortolani’s score is a failure. I’ve purposefully kept details of the narrative too a minimum (I hate writing plot summaries anyway) because this is a delicate film which could easily be ruined by one ham fisted review. This is a technically proficient film, but oddly lacks the narcissism seen in many other gialli. It doesn’t draw attention to the stylistic means of its production and this makes a refreshing change to the exaggeration and stylisation. In short this is a downer. But don’t let that put you off, The Pyjama Girl Case showed that even in 1977 it was possible for imaginative filmmakers to provide a radical spin on a tired formula.
© Shaun Anderson 2011
Posted by Shaun Anderson [The Celluloid Highway] at 17:12