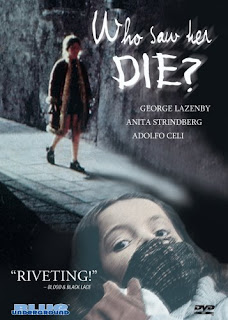 
1971-2 was the period in which the Italian giallo reached saturation point in the marketplace. In 1972 alone twenty five films were produced, two of which were directed by Aldo Lado. Lado’s debut was the remarkable Short Night of Glass Dolls which he also wrote. It was a hugely disturbing gialli set in communist Czechoslovakia which offered a nihilistic view of a political and cultural elite feeding on the younger generation like decadent vampires. It was also noteworthy for an audacious method of storytelling which saw the protagonist recounting his experiences in flashback form while paralysed on a mortuary slab. His second giallo of the year was the less accomplished but still impressive Who Saw Her Die? Lado was joined in the writing by Massimo D’Avak, Ruediger von Spiess and Francesco Barilli, the latter would go on to write and direct the striking Perfume of the Lady in Black in 1974. Unfortunately the four minds are unable to concoct anything as special as Short Night of Glass Dolls and instead this particular gialli is considerably more formulaic and conventional. This is not a major criticism though because Who Saw Her Die? is a very efficient effort that attains a position of prominence due to an incredible Ennio Morricone score and a deeply unsettling thematic core that resonates due too an inspired choice of location. 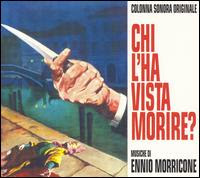 The film opens in stylish fashion with a prologue set in France in 1968. Lado’s camera tracks over a snowy ski resort before cutting to a child playing in the snow. Lado builds this moment of childhood innocence subtly, before disturbing it with a point of view shot from beneath a black veil. The ensuing murder that follows is made all the more effective by its swiftness and by the frantic efforts of the black clad psychopath to conceal the child’s corpse beneath the snow. Lado illustrates the fine line between the carefree innocence of childhood and an adult world of murder and violence. That the film has a scene of a child being murdered so early on creates a tension that never lets up even in the films quieter moments; Lado is a filmmaker we cannot trust. In a brief credits sequence we are given a glimpse into the case files of the police investigation and the narrative begins proper with the knowledge that this opening murder has remained unsolved. The film leaps forward to 1972 and in typical gialli fashion we see a plane coming in to land at an airport. We are quickly introduced to sculptor Franco Serperi (George Lazenby) as he picks up his red headed daughter and shows her the sites of Venice.

﻿The importance of the Venetian setting to the success of Who Saw Her Die? cannot be underestimated. Lado’s camera weaves through the waterways, backstreets, and cloisters of the ancient city emphasising its labyrinthine nature. It dwells on the decadent architecture with adoration but at the same time mistrusts the artifice of the people. There is a sense here that the squalid individuals we encounter are not worthy of such a space in which to play out their perversions and conspiracies. Lado offers us an unfamiliar vision of Venice, one which picks out sombre and tired streets, mist covered boat rides, which increases the overriding sensation of claustrophobia and dislocation. It is impossible not to think of Nicolas Roeg’s Don’t Look Now (1973) another Venice set mystery in which the protagonist spends much of the running time searching desperately and forlornly for a child. Both films also explore the emotional cost of a child’s death on a marriage and include sex scenes that are inter-cut with everyday activities. 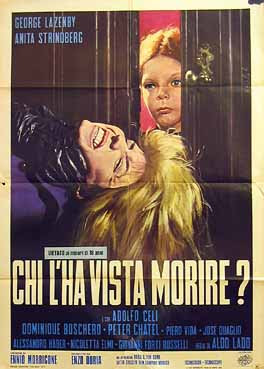 It takes the black veiled killer three or four attempts to finally snatch Franco’s daughter and each moment are preceded by Morricone music that builds dread. Each of the adult characters Franco encounters seem to take an unnatural interest in the girl and a subtext of paedophilia subsequently emerges. This reaches an apex in a sequence set at a basketball match run by an enigmatic priest who constantly flits in and out of the narrative. It is no surprise that the police are ineffectual, they failed the first time around in France to catch the culprit, so Franco is forced to go it alone and become an amateur detective. It is worth noting the extent to which the screenplay goes to develop the characters. Franco is bitter, driven, and obsessive, but a fantastic performance by George Lazenby makes him sympathetic and believable. When Franco’s investigation begins the convolution also increases, but as he goes about his research he begins to uncover a conspiracy of perversion and child molestation circulating around a wealthy art dealer called Serafian (Adolfo Celi).

The film is somewhat lacking in stand out set piece sequences and instead opts to build a subtle atmosphere of quiet menace. However a strangulation in a porn cinema and the stabbing of a pervert lawyer in his own personal aviary make up for this. The birds that escape his cages metaphors for the innocent souls he has corrupted. It is possible to predict who the killer is and when it is revealed it isn’t a massive surprise. But Lado does reserve an excellent slow motion death for the perverted psycho. The only weakness is a lack of identifiable motive. We are never entirely sure why the killer commit’s the crimes because the film rushes rather too rapidly to a somewhat contrived conclusion. But these are minor weaknesses because this is a very stylish giallo. The editing is of particular note and the theme of a perverted older generation preying on youth is maintained from Short Night of Glass Dolls to give this formulaic giallo the personal touch that sets it above many of its contemporaries.
© Shaun Anderson 2011
Posted by Shaun Anderson [The Celluloid Highway] at 00:28