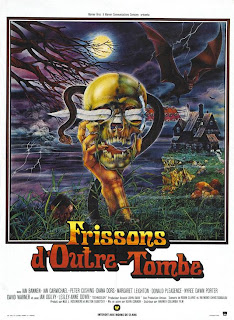 
Amicus Productions’ seventh horror anthology film From Beyond the Grave is one of the better efforts from Milton Subotsky and Max J. Rosenberg. This is largely due to an even tone throughout the stories, and a more inspired visual style. Although it doesn’t quite compete with The House that Dripped Blood (1971) and Tales from the Crypt (1972) it is a significant improvement over Amicus’ previous anthology film The Vault of Horror (1973), which was a tired and perfunctory affair that didn’t do justice to the EC comics source material. Instead Subotsky turned to the chillingly well crafted short stories of R. Chetwynd Hayes and by and large Raymond Christodoulou and Robin Clarke’s screenplay does justice to the tales. This is probably one of the most fondly remembered of Amicus’ anthologies due to the memorable framing narrative. The cadaverous Peter Cushing plays the doddery proprietor of an antiques store called Temptations Ltd. Within its dank and dusty interior Cushing busies himself at his vast collection of object d’art, disappearing and reappearing with unnerving and eerie regularity. For each customer that enters the shop and makes the bell above the door chime, the proprietor seems to have exactly the item they desire. Their fate rests upon their decision to acquire the item with honesty and openness or deception and lies. 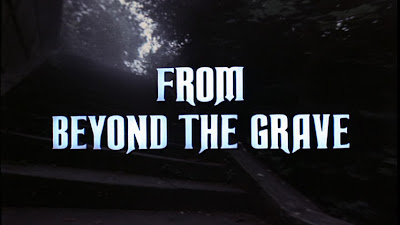 The opening story is entitled The Gatecrasher and features a wonderfully unhinged performance from the ever reliable David Warner. Equally impressive is Warner’s eye watering fashions and his chic/gothic Edgware Road flat. His fate is sealed when he cons his way to the ownership of an antique mirror which he proudly displays above his fireplace. An ill advised séance with his bland and moronic friends gifts a man whose soul is trapped within the mirror an opportunity for freedom. This tale is reminiscent of The Haunted Mirror segment of the superior anthology Dead of Night (1945), and when Warner has to slaughter people to feed the rapacious appetite of the bearded gentleman who grows progressively younger with each murder, one can’t help thinking Clive Barker had this in mind when he wrote The Hellbound Heart (1986). The themes of mental enslavement, possession, and sacrifice are handled reasonably well, and director Kevin Connor creates some striking images courtesy of some weird colours and lots of dry ice. 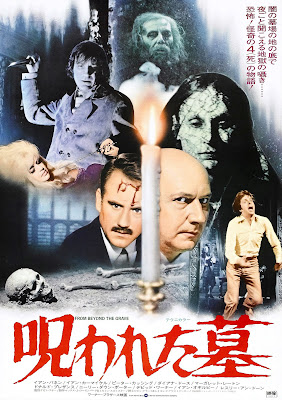 The second story An Act of Kindness is the one which has traditionally received the most acclaim from critics and fans. It is superbly well cast with Ian Bannen, Donald Pleasence, Angela Pleasence, and Diana Dors all enjoying opportunities for one-upmanship. Dors is especially good as the abusive and bullying wife of Bannen’s put upon office clerk whose endurance of her withering put downs is admirable. But he finally reaches breaking point and through a WWII veteran and his ultra creepy daughter is able to rid himself of his wife. The vision of a stultifying working class family, self-centred parents, and an unhappy fraught marriage is handled very well. The loneliness of Bannen’s life is summed up best when he steals a medal from Temptations Ltd in order to strike up a rapport with Pleasence’s street peddler. The catty dialogue between Bannen and Dors is the highlight here, but the bizarre and willowy presence of Angela Pleasence gives the voodoo elements of the narrative a highly disturbing flavour. The twist in the tail works particularly well. 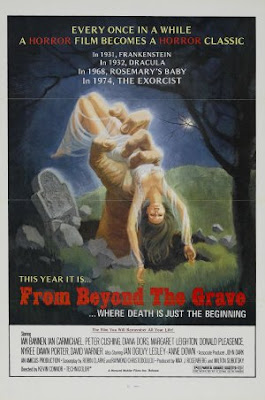 The third tale The Elemental attempts to lighten the tone somewhat and only partially succeeds. Reginald Warren’s (Ian Carmichael) initial scepticism about having an homicidal sprite on his shoulder after his first encounter with Madame Orloff (Margaret Leighton) aboard a commuter train is soon forgotten when it attempts to strangle his wife. Orloff is the comedic centrepiece of the story and Leighton is particularly well cast, Carmichael functions very well as the straight man. The sub Exorcist (1973) chaos in the front room of the Warren’s is played for laughs, but the shift in tone at the end and the fate of Reginald is a bit harsh. This story represents within its brief running time the contradictions and unevenness of tone which plagued Amicus anthologies from the start. 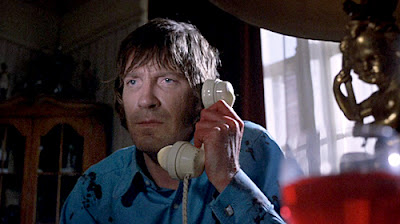 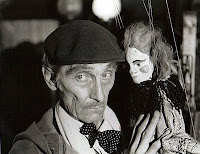 The final story The Door is the visual centrepiece of the film. Here director Kevin Connor and his crew of technicians are allowed an opportunity for a stylistic expression very rare in the penny pinching world of Amicus. The story itself is almost an exact replica of The Gatecrasher. The only real difference is that Ian Ogilvy purchases an ornate door instead of a mirror and doesn’t attempt to con Peter Cushing. Both stories document the attempts of a trapped sadistic soul trying to enter the real world, but this finale sees Ogilvy survive because of his honesty and the fact that money hasn’t resulted in him performing an act of evil. The room on the other side of the door is particularly evocative, bedecked in cobwebs and shot in an icy blue, it succeeds very well as a gothic space. The idea of the entrapped souls existing within the wooden framework of the door is novel, and Ogilvy gets to resume his axe work from Witchfinder General (1968) on another gentleman from the middle ages, but on this occasion it is the door itself which receives the brunt of his attack.
﻿ 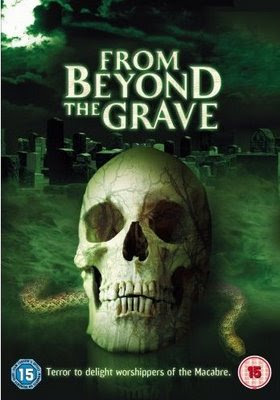 What makes From Beyond the Grave above average for an Amicus anthology is that all the stories are quite good. The Elemental is a failure, but it’s an interesting failure. The film has a uniform visual style thanks to the excellent photography of Alan Hume, and it possesses a suitable creepy electronic score from Amicus regular Douglas Gamley. The moral of the tale is as simplistic as ever, and the proprietor sums it up when says that money is the root of all evil. Interestingly the proprietor himself is given a supernatural overtone which offers an insight into his possible origins. The film wisely leaves this open to interpretation. The final shot of Peter Cushing beckoning the audience in is both alarming and enticing.
© Shaun Anderson 2011
Posted by Shaun Anderson [The Celluloid Highway] at 17:18