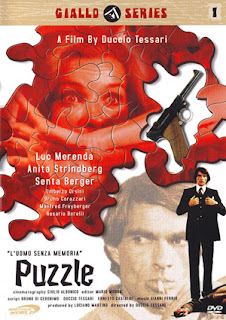 AKA:
L'uoma Senza Memoria
Man Without a Memory


Having carved himself a niche in the ripped torso’s, tests of strength, and myth and fantasy of the peplum, and then confidently leaped into the saddle for the dusty heat and cynical violence of the spaghetti western, it was inevitable that director Duccio Tessari would eventually find himself staring into a bottle of J&B Whiskey and making himself at home amid the chunky turtle neck sweaters, blazers, and camp penthouse apartments of the giallo. But like Fernando Di Leo, Enzo G. Castellari, and Tonino Valerii, directors more commonly associated with other popular cycles, Dessari’s journey into the jet-set cosmopolitanism of the giallo was brief, but in one case at least, very memorable. This memorable addition to the fabric of the cycle was in actual fact his first foray, the beautiful and evocatively titled The Bloodstained Butterfly (1971). Tessari’s means of stylistic expression was significantly more restrained in this example, and the broad violent punctuation marks represented by the set piece are barely in evidence. Instead Tessari very wisely adopted a more simplified filmmaking approach which serves the tightly plotted narrative, instead of overwhelming it. He was aided in his cause by a fine score from Gianni Ferrio, expert cinematography by Carlo Carlini, and a solid lead performance by Helmut Berger. 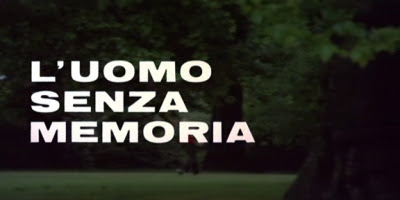 Tessari’s second and final giallo came three years later, and whilst it has increasingly been released under the name of Puzzle, I much prefer the title Man Without a Memory. One is immediately confident of a solid and entertaining picture because the screenplay was penned by gialli regular Ernesto Gastaldi. I’m still waiting for an essay or article to fully explore Gastaldi’s influence on the typography of the giallo, and I’m slowly beginning to resign myself to the fact that I might have to be the one to write it. The theme of loss of memory has a privileged position in the history of the cycle, and from the earliest example The Girl Who Knew Too Much (1963) to more recent efforts such as Sleepless (2001) narratives hinge on protagonists piecing together their fragmented recollections. More often than not plots are resolved by coincidence, with some unforeseen event or object (commonly a work of art) triggering the thought processes that lead to revelation. In this respect Puzzle should be afforded a major position in the cycle, very few examples utilise just one of the thematic preoccupations of the form, in order to build an entire narrative around it. What we normally find are films overflowing with themes keyed into an audiences expectations, the giallo, like many other popular European cycles, is thematically overcrowded. Therefore Puzzle stands out because of its lack of plurality; it has a single-minded purpose, and as a result is a singular example of the form. 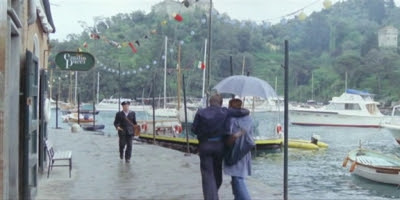 The man under scrutiny in this case is Peter/Ted played by the bland and unappealing Luc Merenda, who having survived a car crash in London, must now attempt to piece together an identity tormented by flashbacks which implicate him in criminality. After a failed assassination attempt in the capital, Peter agrees to a summons that sees him return to the Italian coastal village that certain individuals claim is his home and the bereft wife who has had to endure his mysterious absence for the best part of a year. The decision to go beyond the perspective of the troubled protagonist and into the subjective paranoia of his wife Sara (Senta Berger) is a stroke of genius which allows the narrative to develop in interesting ways. Sara is the lynchpin of the film, a genuine feminine prescence that is both resourceful and appealing. Although the mystery is locked deep in the fractured mind of Peter/Ted, and he must contend with the threats of the sneezing thug George (Bruno Corazzari), the film is really about Sara’s response to such peculiar events, and her development and growth as a character. The clashes between Peter/Ted and George provide fun and entertainment, and there is an ever present frisson of tension for an audience that is never entirely sure if Merenda’s character is weaving an elaborate hoax. For this Merenda does deserve some credit for imbuing his character with the necessary ambiguity required to create such tension. But I found the film oddly flat and uninteresting when dealing with the underlying plot of drug smuggling and murder. I found myself more interested in Sara’s adaptation to the increasingly troubling and violent current that Peter/Ted is swimming against. 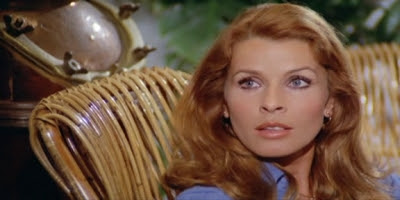 As mentioned earlier in my brief summary of The Bloodstained Butterfly, Puzzle is also totally lacking in the signifiers we expect from the giallo. There are no black gloved maniacs, no extended point-of-view shots, and no set pieces. The body count is admirably low, and the few moments of violence are shot with style and taste. Instead the narrative is slow burning, and character led. Most of the characters are engaging, though I could have done without the irritating kid Luca (Duilio Crucieni), a completely annoying little shit with an odd infatuation for Sara, who made me long to see some him killed, preferably Lucio Fulci style! This is the only misstep in Gastaldi’s intriguing and unconventionally written thriller. With Sara emerging as the only rounded figure it seems only appropriate that it is her who must face the shadowy villain who has been threatening Ted through the mouthpiece of George. After a brilliantly suspenseful Hitchcockian moment that centres on the plaster cast of her broken leg, the inventive and quick witted Sara doesn’t hesitate to utilise a chainsaw in her defence in one of the oddest finales to any giallo. Gianni Ferrio once again provides another fine score for Tessari and DOP Giulio Albonico captures the subtle summery hues of the coastal resort and makes it a space redolent of the claustrophobic paranoia experienced by the characters. In conclusion Puzzle deserves to be far better known than it is, and gives further evidence of Duccio Tessari’s and Ernesto Gastaldi’s impressive ability to conjure up fascinating gialli without resorting to an overload of style and trickery.