I’m a major enthusiast for, and follower of, Stephen King’s remarkable Dark Tower saga, and to commemorate the UK release of The Wind through the Keyhole, the latest chapter in this ever evolving mythology, I thought I’d write a piece dedicated to the more shadowy and indistinct corners of the King filmography. The Stephen King short film is a phenomenon all of its own, but one that generally exists below the radar due to the fact that the films are almost entirely the work of students and/or passionate amateurs. All of these intriguing (and to be fair often quite amateurish) efforts are known by the collective term Dollar Babies. For those unfamiliar with this term and the ideology behind it, here is a quote from Mr. King himself;


“77 was the year young filmmakers - college students, for the most part - started writing me about the stories I'd published (first in Night Shift later in Skeleton Crew), wanting to make short films out of them. Over the objections of my accountant, who saw all sorts of possible legal problems, I established a policy which still holds today. I will grant any student filmmaker the right to make a movie out of any short story I have written (not the novels, that would be ridiculous), so long as the film rights are still mine to assign. I ask them to sign a paper promising that no resulting film will be exhibited commercially without approval, and that they send me a videotape of the finished work. For this one-time right I ask a dollar. I have made the dollar-deal, as I call it, over my accountant's moans and head-clutching protests sixteen or seventeen times as of this writing..” * 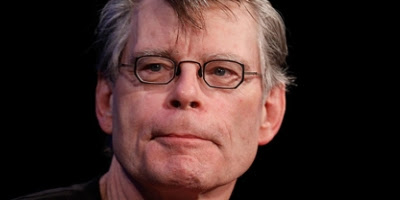 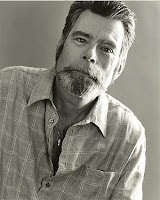 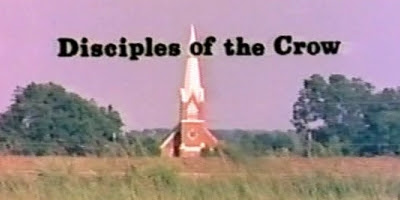 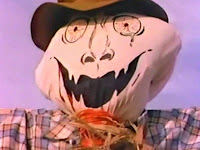 THE DISCIPLES OF THE CROW (1983)
Dir: John Woodward
Country: USA

This 18 minute effort from writer/director John Woodward is an adaptation of King’s short story Children of the Corn, which first saw the light of day in the March 1977 edition of Penthouse, before taking its place in his 1978 anthology Night Shift. That Woodward usurped the feature film (and its grotesque proliferation of odious sequels) by a year should afford his film a more prominent place in film history, but it still remains an outright obscurity. This is quite an ambitious little effort; Woodward opens the film in 1971 with an extended prologue that sees the children of Jonah, Oklahoma slaughter their parents in fealty to a crow god. The murders take place off screen, but the implements each child chooses for the deed makes it extremely unsettling. The more familiar second act takes place in 1983 and follows bickering couple Vicky (Eleese Lester) and Burt (Gabriel Folse) as they encounter the homicidal cult community of Jonah. This film has a really impressive rural creepiness, a vibe which is created by desolate stretches of dusty road, and an empty ghost town with shadowy lurking presences. A scarecrow consisting of the mouldering skeleton of an adult adds a nice morbid touch, as does the numerous abandoned shops and churches of Jonah. Of course the performances leave a lot to be desired, the writing is unable to imbue the premise with any kind of depth, and the narrative has a naturally rushed and impatient feel. But the excellent music of Bill Averback, and the hazy summery cinematography of Johnny Stevens help to give the film a truly unsettling atmosphere. I thought this was a surprisingly competent film, and distills the essence of Children of the Corn in just 18 minutes, something the feature film was unable to do in 100.
---------------------------------------------------------------------------------------------------- 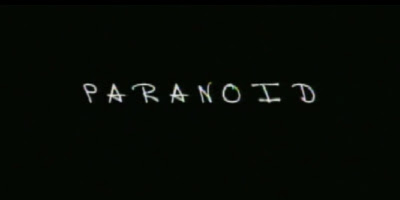 The source material for this brief 8 minute short from director/producer Jay Holben was a 100 line poem entitled Paranoid: A Chant which first surfaced in 1985 and was anthologized in King’s Skeleton Crew collection. The poem was written in the first person and Holben wisely chose to eschew a screenplay, and instead simply have the main protagonist narrate the poem. The character is a paranoid schizophrenic and in the film is a woman rather than a man. She has surrounded herself with hundreds of notebooks, within which she notes down every detail of the bizarre and terrifying conspiracy that she believes she is a part of. This includes shadowy figures devoid of facial aspect lurking in the rain soaked streets, surreal methods of surveillance from the FBI and CIA, and various plots to eliminate her. Her delusions are shot in monochrome, a stylistic decision which indicates insanity, but also gives the film the sensibility of film noir. The apartment within which she resides is a grotesque prison, a monstrous space of her own making, one which reflects the ugliness and disease of her fragmenting mind. The atmosphere of this piece is cloying, and the images sharp and memorable. The narrative almost exclusively exists in the woman’s interiorized world, but perhaps the occasional flashes of colour that penetrate the murky visual palette offer an indication of a truer reality? Paranoid is professionally made, and features a suitably unhinged performance from Tonya Ivey; all involved should be proud of this taut suspenseful film. 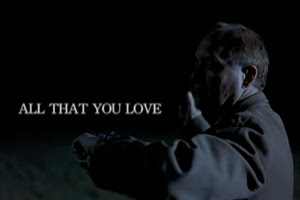 ALL THAT YOU LOVE (2004)
Dir: Scott Albanese
Country: USA


All That You Love Will be Carried Away has the distinction of being one of the most adapted of King’s stories within the remit of the short film. To date six attempts have been made, which is not bad at all for a story that was first published in The New Yorker  in January 2001. The story has since been anthologized in King’s patchy 2002 collection Everything’s Eventual, the standout moment of which is the terrifying The Man in the Black Suit. This particular film clocks in at 15 minutes and was directed by Scott Albanese from a screenplay by Matthew Sheppo, and features a great performance by Kent Vaughan as depressed travelling salesman Alfie Zimmer. Zimmer is a fine creation, and one that needs to be approached with a certain degree of pathos and subtlety, and Vaughan does an excellent job of drawing out the reasons for his depression, frustration, and general dissatisfaction with his life. A succession of lifeless and featureless motels, the cruel sound of a thousand slammed doors, and a marriage blighted by an inability to communicate, has led Zimmer to a suicidal impasse. The only thing that keeps him going, and gives his life a strange sense of poetry and meaning, is the graffiti on the endless stream of restroom walls, which he copies down in a battered note book. The dour voice over narration gives a good sense of Zimmer’s state of mind, the empty highways, desolate neon-lit restrooms, and characterless motels builds up a palpable atmosphere of alienation and estrangement. Zimmer is motivated by forces beyond his control, a winking light deciding whether he takes his own life, or lives and writes a book about the unseen language of disaffection that can be found on the solitary highways of the human soul.