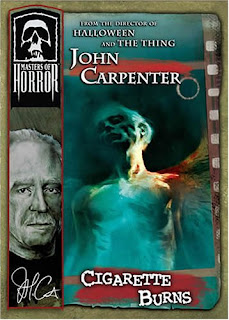 
In the last twenty years the stock of John Carpenter has plummeted to such depths of mediocrity that my expectations for his contribution to the first series of Masters of Horror were not high. The concept of creator Mick Garris (himself a maker of mediocre and undistinguished films) was a novel one and on paper at least intriguing enough to warrant viewing the episodes. Of course a cursory glance over the names attached to the series indicate that this is either a nostalgia trip or a pallid attempt to resuscitate careers that flat lined decades ago. Carpenter’s is one such flat lining career, who like so many of his contemporaries almost entirely rely upon a reputation forged in the 1970’s and early 1980’s. Although this was episode 8 of the series, this was the first one I saw, and as this is an anthology series the order is unimportant. Much to my surprise Cigarette Burns turns out to be one of the strongest episodes of the series and something of a semi return to form for Mr. Carpenter. If one were to measure his films purely by enjoyment factor, then this ranks as his best effort since 1988’s They Live. Of course Masters of Horror is very much a directors for hire type series, and Carpenter had nothing to do with the writing of the teleplay. This was handled by the unfortunately named Drew McWeeny and Scott Swan. The post-modern and intertextual nature of the episode is not especially in keeping with Carpenter’s oeuvre, but Carpenter does manage to direct some well mounted set pieces. 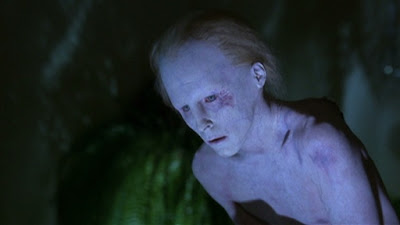 This is a film about a film and as a result there is a certain amount of self-reflexivity in the screenplay. Films that have this knowing self-referential quality constantly run the risk of becoming irritating, and even worse spoofing or lampooning the material. In the main Cigarette Burns avoids this pitfall; a tasteful shot of an original poster for F. W. Murnau’s Nosferatu (1922), and a brief shot of Profondo Rosso (1975) playing at the Vogue Theatre are welcome touches. The film almost loses it with the flabby projectionist who collects reel changes or cigarette burns as he genuflects at the altar of Dario Argento, but such moronic ass kissing is generally avoided. Instead the film introduces us to the rigours of actually running an independent cinema, and the looming bankruptcy that such a proposition can entail. The central character Kirby is a reformed drug addict whose dreams are haunted by flashbacks of his junkie girlfriend in the bathtub with her wrists slit. He is also an expert in tracking down film prints that are incredibly rare or thought to be lost. If this sounds familiar then it is basically the plot of Roman Polanski’s The Ninth Gate (1999) but with celluloid instead of books. One weakness of the film is Norman Reedus who is not a particularly charismatic actor, and it seems unlikely that such an oafish slob would be able to charm his way to precious film prints. 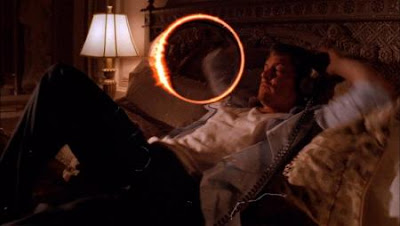 His latest assignment is provided to him by a reclusive and eccentric millionaire film collector called Bellinger (Udo Kier) who agrees to pay him $200,000 (the money Kirby needs to pay off his dead junkie girlfriend’s old man) if he can track down a print of a scandalous shocker called Le Fin Absolue du Monde. A mythical avant-garde film which when screened at the Sitges Festival turned the audience into ravening murderous maniacs, and haunts those who witness it for the rest of their lives. The screenplay paints an impressive picture of obsession, and the desire of deviants for the ultimate in extreme cinema (Udo Kier’s character reminded me of the brainless morons who pay £1,000 for original pre-cert Video Nasties). Kirby’s journey initially takes him to Paris and here he briefly becomes embroiled in a gory underworld of snuff movies. Although Cigarette Burns establishes these moments it doesn’t really say anything about cinema as a means of representation. Apart from some vague assertions about art and reality. A clue to the films blasphemous nature is offered by the vision of a tortured wingless Angel that Bellinger has chained in a room, a creature which has been stripped of dignity and is now merely an item in the sadist’s collection. 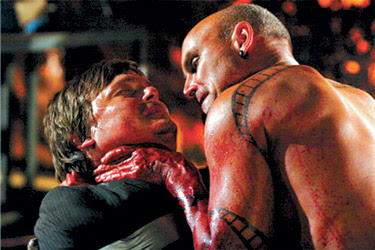 Cigarette Burns is essentially a detective story, but Carpenter does build a palpable climate of evil around Le Fin Absolue du Monde, and the pervasive manner in which it touches people and drags them into its vortex of tragedy and death. These moments are preceded by cigarette burns on the retina of reality; burns that contain, in Kirby’s case, a vision of his dead lover. Ultimately nobody who views the film is able to survive its pull and Cigarette Burns concludes covered in blood in Bellinger’s mansion. Kier’s fate is a highlight, he is inspired by the film to create his own personal work of cinematic art and proceeds to feed his intestines through his projector. This is an enjoyable and quietly disturbing entry in the Masters of Horror series, elevated by the presence of the irrepressible Udo Kier, and offering a slight indication of a return to form on Carpenter’s part.
© Shaun Anderson 2010
Posted by Shaun Anderson [The Celluloid Highway] at 22:24