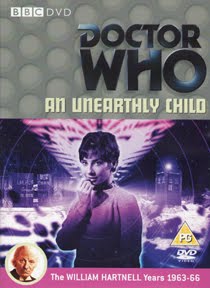 
What better way to start The Celluloid Highway’s occasional look at the classic series of Doctor Who than with the four part adventure that started it all. The 23rd November 1963 became a landmark date in the history of tele-fantasy when audiences were first introduced to the fog enshrouded junkyard that housed a police telephone call box that also happened to be a conduit into the fourth and fifth dimensions of time and space. The opening episode of An Unearthly Child introduces us to the quartet of time travellers with economy and speed. The mystery, initially at least, revolves around the character of Susan Foreman (Carole Ann Ford), a 15 year old girl who has her teachers at Coal Hill School utterly bemused. Her science teacher Ian Chesterton (William Russell) feels that she imparts her vast knowledge a little at a time, so as not to make him feel inferior and her history teacher Barbara Wright (Jacqueline Hill) is perplexed at her shifts from brilliance to stupidity. Rather unethically the teachers decide to follow the girl home to 76 Totters Lane and their curiosity is rewarded with their first fateful encounter with the enigmatic genius known as The Doctor. 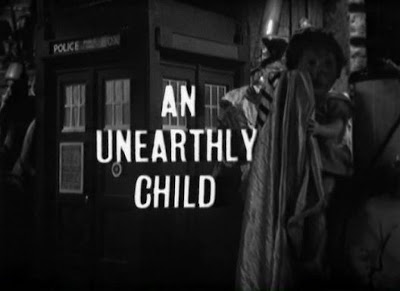 ﻿Russell and Hill do a great job in this opening episode of communicating their sense of awe and dumfounded surprise that the police box is bigger within than without. The script by Anthony Coburn perhaps labours the point a bit much, but their respect and fear experienced during their first voyage through time and space is well conveyed. The Doctor (played with brilliance by William Hartnell in this opening story) comes across as a rather odious character; understandably furtive and secretive, The Doctor exhibits no sympathy whatsoever for the predicament of the two teachers, and also keeps plenty of ire in reserve for the granddaughter who led them to the TARDIS. Their first trip takes the travellers to 100,000 BC and the dawn of man. The shot of a rugged caveman staring in awe at the appearance of the TARDIS in a rocky outcrop continues the steadily building sense of wonderment and astonishment that greets the time capsule and ends the first episode on a great note. At this point in time the TARDIS was the programmes greatest asset and although the interior design is sparse and clinical, the central control column that dominates the centre is impressively designed. 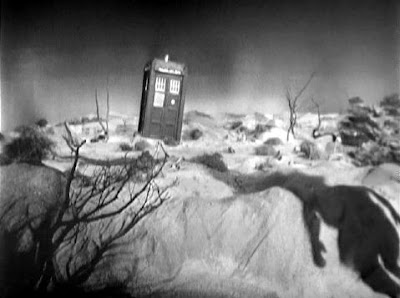 In many ways the first episode exists in temporal and spatial isolation to the next three episodes which are set in prehistory and chronicle the attempts of a tribe to survive during a harsh winter. The time travellers unwittingly walk into a tense and fraught situation which sees Za (Derek Newark) and Kal (Jeremy Young) embroiled in a dangerous struggle for power. The two men covet the secret of making fire, knowing that to be the tribal fire maker will ensure their leadership and dominance over the tribe. Any attempts by the travellers to reason with these savage simpletons ends in frustration and the trio soon find themselves imprisoned in the Cave of Skulls. This is an eerie space full of mouldering bones and shattered skulls, made all the worse by the sniping between The Doctor and Ian. At this point The Doctor is entirely selfish and stubborn, and these attributes at times pose a genuine threat to the welfare of the party. Only once does The Doctor show contrition and apologise for that fact that it was his smoking of a pipe that led to his abduction and their present predicament. The two women unfortunately have very little to do, and so early in the programme’s history we can see the problems of having an overmanned TARDIS. Of all the characters Ian comes over as strong and resourceful, his resolute attitude in many ways ensures the quartet’s survival. 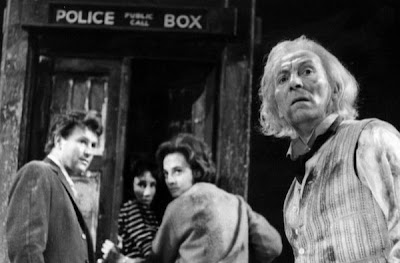 An escape attempt through the Forest of Fear creates a moral dilemma which indicates how diametrically opposed The Doctor and Ian are at this point. After Za has been wounded by an animal, Ian and Barbara feel morally bound to assist him, but The Doctor is more than content to leave him to his fate and return to the TARDIS. At one point The Doctor even hefts a rock and approaches Za with a menacing look on his face. This scene still remains surprising and shows that at this early stage that the direction of the character is unpredictable. However his skills as an orator come into their own when he manipulates the tribe into excluding the murderous Kal. Ian attempts to impart a moral lesson that the tribe as a collective is more powerful than a single leader, but Za’s determination for fire is such that he soon forgets the good deeds the travellers have done for him when they duly produce the fire he so desperately craves. In the end Ian’s good intentions and honourable efforts to reason with Za are futile, and the travellers end up fleeing for the lives through the forest a second time. This doesn’t justify The Doctor’s brief moment of murderous intent, but does show he was probably correct to leave the wounded man too his fate. The fight scene between Za and Kal is surprisingly brutal and the only time the technicians bring a sense of fluidity to what is a very restricted and static set up. An impressive opening to the first season of Doctor Who.
© Shaun Anderson 2010
Posted by Shaun Anderson [The Celluloid Highway] at 21:08