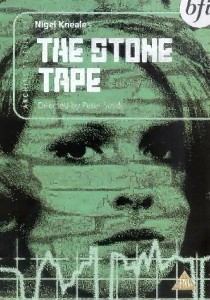 
The 1970’s represented a high watermark of creativity in the small screen landscape of British television. Fans of science-fiction thrilled to the ongoing adventures of Doctor Who (1963 - present), Doomwatch (1970-72), The Tomorrow People (1973-79), and Blake’s 7 (1978-81). Meanwhile fans of the supernatural were catered for by the BBC’s annual Ghost Story for Christmas (1971-78) and such adult anthology programmes as Dead of Night (1972), Beasts (1976), and The Mind Beyond (1976). Many of the creepiest and most disturbing of genre programmes were reserved for children, with serials such as Escape into Night (1972), Shadows (1975-78) and Children of the Stones (1977) providing sleepless nights for youthful imaginations. One man who had a consistent gift for unsettling material was the writer Nigel Kneale. In the 1950’s enraptured audiences excitedly followed the three serials he wrote featuring the gifted scientist Professor Bernard Quatermass. In the 1960’s Kneale spent a lot of time writing film screenplays, but still found time to return to the small screen with the prescient science-fiction allegory The Year of the Sex Olympics (1968). The 1970’s saw Kneale working exclusively in television, and in 1972 he wrote his penultimate script for the BBC…the chilling feature length festive fright The Stone Tape. 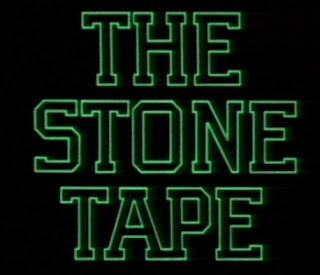 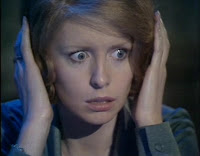 After the turkey and tinsel of Christmas Day in 1972, those unwitting audience members who flicked over to BBC 2 in the evening for some relaxing entertainment, instead got the jolt of their lives. The scheduling of The Stone Tape was a brilliantly mischievous move and so was the decision to shoot on video tape. This latter choice was a budgetary enforcement, but the flat drabness of the video image gives the proceedings a naturalistic air that only serves to increase the palpable atmosphere. This is a case of the filmmakers utilising their budgetary restrictions as a formal strategy. Another side effect of such restriction was the centrality of intelligent writing; an emphasis on dialogue and a coherent logical plot supporting a suitably intriguing story was essential. This is very important in all aspects of filmic storytelling, but more so when the budget does not allow for elaborate special effects, lavish production design, and expensive location shooting. The suitably haunted looking ‘Taskerlands’ mansion was discovered in Surrey and becomes a constricting and claustrophobic space in the best tradition of gothic horror. The house itself is a character in its own right, an important player in the events that transpire, and a key signifier of age and decay in the face of technological modernity. 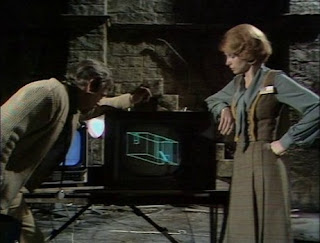 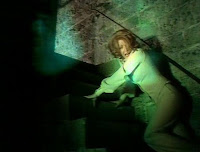 The dichotomy between an ancient supernatural force and the enlightenment of modern science lies at the heart of The Stone Tape. Kneale’s attitude to scientific progress is ambivalent at the best of times, but here he is particularly scathing. The scientific endeavour we witness in The Stone Tape is in total servitude to the capitalist impulse of big business. The technicians and experts all work for an electronics company that is desperate to make a new breakthrough in the field of recording technology. Kneale’s withering script presents these men in a less than flattering light, a state of affairs that is not helped one jot by a series of over the top and exaggerated performances. The chief offender is Michael Bryant who not only chews the scenery but swallows it as well. His character Peter Brock is the one who must answer to the companies owner and must shoulder the responsibility for the events in ‘Taskerlands’. A more sensitive and nuanced performance is offered by Jane Asher who plays a gifted mathematician whose mind is only too open to the possibility of supernatural events. The only other performance of note is offered by the ever reliable Iain Cuthbertson. 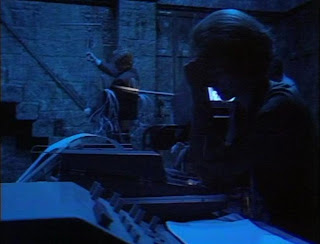 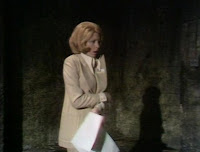 Kneale has a gift for the cross pollination of genres, and here he deftly combines science-fiction and horror. The juxtaposition between science and superstition (a recurrent thematic concern of Kneale’s work) is given added impetus by the ingenious concept of residual haunting. That the very fabric of a building can act as a medium to record images and events from the past is now an established theory of the paranormal - to Peter Brock it represents the breakthrough, but his attempts to harness the forces of the supernatural only end in disaster. A steady and consistent atmosphere of hysteria and terror is built by Asher’s committed performance, and the weird sound design performed by Desmond Briscoe and Tony Miller working under the auspices of the BBC Radiophonic Workshop. The tension reaches such a level that the final ghostly revelation which is merely represented by a fair of floating red orbs is incredibly effective. The opportunities for inspirational direction were limited by the medium, but Peter Sasdy still provides some impressively composed moments. Sasdy is best known to horror fans for Countess Dracula (1971) and Hands of the Ripper (1971), but in my view it is The Stone Tape which remains his most important credit.
© Shaun Anderson 2011
Posted by Shaun Anderson [The Celluloid Highway] at 18:45