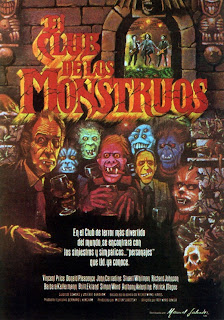 Country: UK
From a critical point of view The Monster Club represents the nadir of the British horror anthology film. This is a tradition in British horror which stretches back to the post war chills of Ealing Studios Dead of Night (1945) and was brought to longer lasting popularity by the Anglo-American production outfit Amicus. By 1980 the Amicus leadership had gone their separate ways and under the guidance of Milton Subotsky Amicus stuttered fitfully to this final swansong. The writing had been on the wall for the anthology horror film after the critical and commercial shortcomings of Subotsky’s feline themed bore The Uncanny (1977). Subotsky either chose too ignore this failure or was completely oblivious to an international market that had turned away from the quaint offerings that Amicus were now known for. 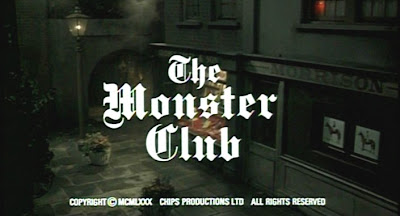 On this occasion the framing narrative is situated within a secret night club frequented by monsters. It gives Subotsky the opportunity to mix his two great passions; the horror film and the rock musical. Unfortunately most of the monsters are extras in cheap Halloween masks, and their uncontrollable and excitable dancing to the dreadful soft rock numbers that play is perhaps the most monstrous thing seen in the film. Subotsky’s interest in rock n roll narratives dated back to the later 1950’s with such forgettable efforts as Rock, Rock, Rock! (1957) and Jamboree (1957). The Monster Club makes those earlier films seem like masterpieces. If this isn’t bad enough we get to see two of the horror genre’s most precious stalwarts - Vincent Price and John Carradine bopping away and looking bewildered and embarrassed. An unintentionally hilarious moment perhaps but one that provides a horrible echo to the parody and silliness that blighted the genre in the late 1940’s. 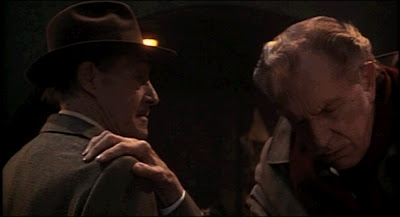 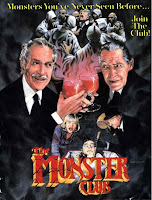 Carradine plays acclaimed horror novelist R. Chetwynd Hayes - a real life writer who wrote the book upon which the film was based. This is a decision which immediately signifies the self reflexive nature of the film. He encounters a vampire called Erasmus (Vincent Price) and so begins a pleasant and entertaining interplay between the two leads. The idea of an underground nightclub populated by all manner of nightmarish creatures is an intriguing one and a possible source of inspiration for the clandestine community of monsters seen in Clive Barker’s Nightbreed (1990). The moral conclusion (isn’t their always one in Amicus films) is arrived at when Hayes is conducted into The Monster Club for being a representative of the human race, who with their modern warfare techniques have committed far more monstrous acts than vampires, zombies and werewolves. The moral is actually irrelevant here because unlike Nightbreed for example the narrative of The Monster Club fails to support this philosophical and moral proposition in any meaningful and intelligent manner. 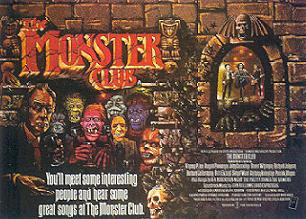 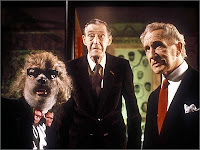 The stories themselves are a pallid and unconvincing bunch, with the notable exception of the last story. The first is a sombre and moody affair and explores with some measure of success themes of alienation, exile and isolation. Unfortunately like most the tales in Amicus anthologies it fails to expand upon the themes and go beyond its simplistic Manichean vision of the world. We are in familiar territory as avaricious money grabbers abuse the trust placed in them by a vulnerable person - the conclusion is morally predictable. Despite this the tale is visually enjoyable as director Roy Ward Baker makes atmospheric use of a suitably gothic locale with a masked ball representing a particular highlight. The second story is a casebook example of how the bungled tongue in cheek satire of this film falls flat. A tale of a modern day vampire (Richard Johnson) who outwits his pursuers with such devices as a stake proof vest! As luck would have it this dire tale also happens to be the best cast with Johnson joined by Donald Pleasence and Britt Ekland. They all fail to support the light tone and the whole thing degenerates into farce. 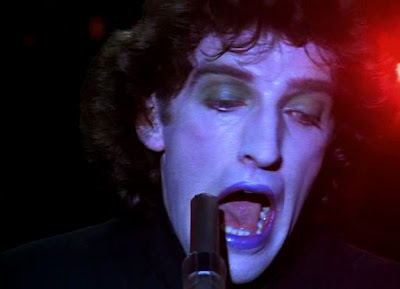 The final story featuring Stuart Whitman is far and away the best. Whitman plays a filmmaker (another self reflexive touch) seeking suitably atmospheric locations for his latest horror film. He discovers the tiny village of Loughville and lives to regret it. This tale has genuine atmosphere, depth, and a haunting quality that is aided by an impressive animated sequence that narrates the doomed history of the village. The Monster Club has its place in British horror history, and it will be periodically rediscovered, but is unlikely to ever be regarded highly. The film may have some camp appeal to modern audiences, and some of the bands who play in The Monster Club have contributed to the film gaining a slight cult following. Baker’s direction is slightly more adventurous than normal, with a mobile and fluid camera working to create some occasional moments of suspense. At the times the use of colour is striking, but as with most Amicus films the generally feeling is of a director struggling to make a very low budget stretch. It comes as no surprise looking at the evidence presented here that the British anthology horror film pretty much died with The Monster Club.
﻿© Shaun Anderson 2010
Posted by Shaun Anderson [The Celluloid Highway] at 14:39