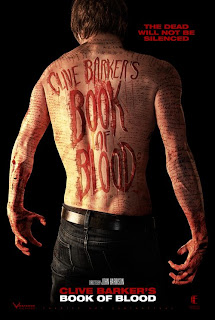 aka:
Clive Barker's Book of Blood


Clive Barker’s Books of Blood were originally released in six volumes during 1984 and 1985. Published by Sphere they were an impressive calling card and showed that Barker had an appreciation for the traditional aspects of horror fiction as well as an impulse to create something slightly different. The emphasis on perverse sexuality, sado-masochism (explored in more detail in Barker’s debut horror film Hellraiser (1987)) and graphic bodily violence showed him to be a distinctive voice in an overcrowded marketplace. Initially at least Barker’s translation to cinema was less than auspicious. Both Underworld (1985) and Rawhead Rex (1986) were dire wastes of celluloid, before Barker hit pay dirt with the aforementioned Hellraiser. As a director Barker has proved to be far more adept at handling his own material - both Nightbreed (1990) and Lord of Illusions (1995) were intriguing and complex tales which ultimately never recovered from the massive studio interference that plagued them. As a producer Barker oversaw one of his most successful films in Candyman (1992), a film that spawned a franchise, a new horror icon (something Barker has achieved twice, if you include the Cenobites) and a steadily growing reputation that has seen the film acclaimed as something of a minor masterpiece. 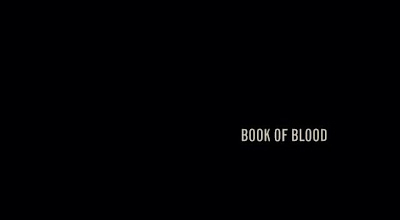 Book of Blood is not a masterpiece. In fact it is a largely underwhelming and uninspiring film that lacks the visceral punch one is accustomed too in a Clive Barker adaptation. Instead writer/director John Harrison opts to go down the atmospheric haunted house route - aiming perhaps for the thick and cloying mood of The Others (2001) or The Orphanage (2007). It is a brave strategy in a current marketplace overflowing with sadistic torture and gut crunching mayhem. In such a film the pressure on dialogue, performance, and suspense is increased exponentially and Book of Blood falls down in all these key areas. Harrison’s screenplay conflates the Barker short stories ’The Book of Blood’ and ’On Jerusalem Street’ and part of the films unevenness comes from this clumsy attempt to fuse together two stories. The narrative proposes the idea that on a parallel plane to our own exist highways of the dead, and on these highways are intersections. The house where the bulk of the action is situated is on one of these intersections. The film is told in the form of a flashback as Simon McNeal (Jonas Armstrong - BBC TV’s Robin Hood) explains the circumstances of his transformation into a living book of blood too a man who has been paid to relieve him of his skin. 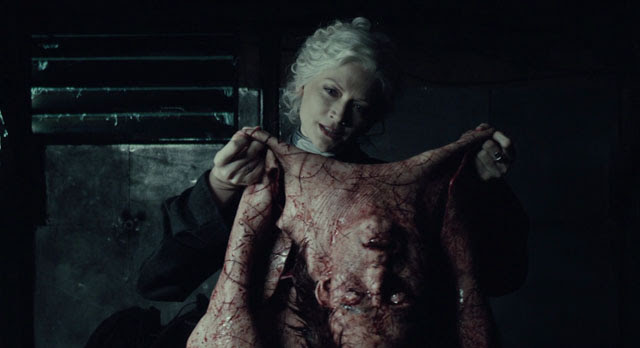 The decision to tell the story this way reduces a great deal of suspense as we approach the narrative armed with the knowledge of McNeal’s eventual fate. This leaves us with just a series of ghostly apparitions to look forward too. Unfortunately the intersection is a mess of unconvincing digital effects, and one of numerous elements of the film that are a let down. McNeal’s attempts at hoaxing the spectral events seem utterly pointless, especially in light of the fact that the house does have a genuine ghostly presence. The paranormal investigator Mary Florescu (Sophie Ward) is a dreadfully dull creation whose character trajectory from academic researcher to scribe of the undead to someone who pays to acquire McNeil’s skin doesn’t ring true, and the potential thematic value of exploring the lengths an academic might go too in order to push their heads above the parapet set by their contemporaries is fumbled by a screenplay determined to create a villain where one doesn’t really exist. The performances are ponderous and humourless which is a surprise considering the vein of black humour that runs through much of Barker’s work. Perhaps the worst crime of Book of Blood is to be completely unmemorable. Barker’s material has a habit of clinging resolutely to one’s psyche, so that short stories one might have read fifteen years ago remain festering in the subconscious. This film had the potential to stand out, but a combination of desultory performances, mishandled digital effects, and weak atmospherics, damages this film beyond repair.
© Shaun Anderson 2010
Posted by Shaun Anderson [The Celluloid Highway] at 14:55