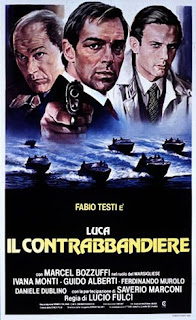 AKA:
Luca il contrabbandiere
The Smuggler
The Naples Connection


Contraband was Italian writer/director Lucio Fulci’s only entry into the bitter and cynical terrain of the poliziotteschi. The films status as a departure for Fulci is indicated by the fact that it was made in between Zombi 2 (1979) and City of the Living Dead (1980), and at a time when the poliziotteschi cycle itself was on the decline. With Fulci’s incredibly competent approach to a myriad of genres it seems almost inconceivable now that he didn’t direct a crime picture at the height of the genre’s popularity in 1970’s Italy. One can only assume that either the cycle didn’t interest Fulci from a written point of view, or that no suitable project came to his attention. Either way the result of this is that Contraband has steadily built itself a reputation as a cult curiosity in Fulci’s filmography. Its position has not been helped by substandard and patchwork distribution. Zombi 2 was the most successful film in Fulci’s long and illustrious career, but the film that followed it sank without a trace into a murky distribution limbo. Fortunately this was redressed with the release of Contraband in an uncut form on DVD by American distributor Blue Underground in 2004. 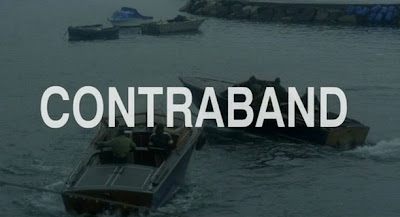 The film itself is actually a fairly routine and mundane affair briefly punctuated by Fulci’s trademark scenes of absurdly excessive violence. These include a particularly grisly blow torch to the face scene which Fulci’s camera predictably glorifies with a fetishistic attention to detail. A man who gets the back of his head blown off during a busy race meeting, a backstabbing villain who gets his throat blown apart, and sundry gore drenched exit wounds. If Fulci couldn’t make the best poliziotteschi flick, he could certainly make the goriest. In this respect Contraband does sit alongside Fulci’s contemporaneous movies. The soundtrack is even utilised in a manner very similar to his horror productions, with a whining synthesised sound effect preceding moments of extreme violence. Speaking of the soundtrack the music by Fabio Frizzi is noticeably uninspired. His rather jaded sub-Goblin disco dirge lacks inspiration and is repeated far too often. To compensate for this though the photography by Sergio Salvati of the wonderfully evocative Neapolitan locations brings the film to life in a way that most other aspects do not. 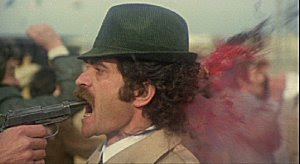 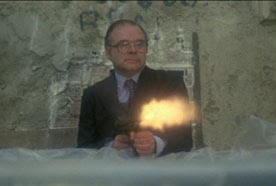 We also have the dependable, but on this occasion workmanlike, presence of Fabio Testi playing the lead character Luca Di Angelo. This is a mobsters vs. mobsters crime flick and Di Angelo is an unlikely criminal with an ideological heart of gold. He is part of a smuggling operation led by his ebullient brother Micky (Enrico Maisto) and we first see them charging up the coastal waterways of Naples in high powered speedboats. This is a mob with socialist principles who smuggle goods for an economically depressed populace who rely on the cheap contraband. The screenplay written by the quartet of Gianni Di Chiara, Lucio Fulci, Giorgio Mariuzzo and Ettore Sanzó is transparent in its leftist sympathies, but the result of this is a far fetched and naïve presentation of the career criminals who inhabit Naples. This is highlighted when an external mob from Marseilles decide to muscle in on the Di Angelo brothers territory in order to smuggle heroin. The ‘good’ criminals are totally opposed to the smuggling of narcotics and rather than make millions by collaborating with the sadistic Marsigliese (Marcel Bozzufi) they decide to oppose him. 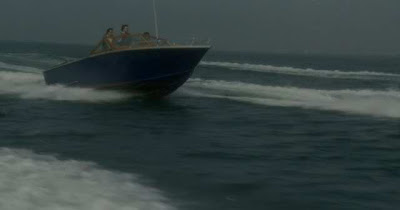 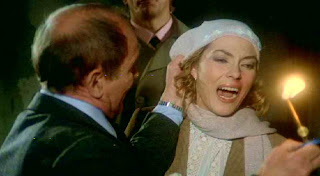 ﻿This plot point is both the best thing and the worst thing about Contraband. It is a moment of juvenile simplicity (the mobsters take less than two minutes to reject the outsiders deal) but what it does do is lead to a number of startling set pieces in which the Marsigliese’s brutal henchman assassinate notable mob dignitaries. These set pieces are the real heart of the film. The stuff in between which includes an angry debate between Luca and his wife Adele (Ivana Monti) about the shortcomings of the life Luca has chosen for their family is mere window dressing. A subplot involving a police investigation is further baggage to pad out the narrative. The bungling law enforcers merely stand by impotently, shrug their shoulders, and walk off with some hackneyed philosophical comment. Even the raid on a poverty stricken district of Naples is played for laughs. One subplot however which does demand the viewers attention is the abduction of Luca’s wife, who is subjected to humiliation and rape. This is the event that leads the older generation of mobsters to come out of retirement and lend bullets of support. 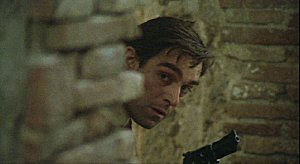 The best character in the film is the enigmatic Don Morrone (Guido Alberti) who spends his hours watching spaghetti westerns on television before enlisting his old colleagues (one of whom is played by Lucio Fulci) to create a fitting bloodbath finale. The uselessness of the current generation is compounded by the fact that Luca cannot even protect his wife. Nevertheless he is allowed the pleasure of eliminating the Marsigliese before walking off into an uncertain future. It is only appropriate that the final word in the film should go to Don Morrone, a man who knows the importance of decisive action, even if he is far too old to be practising it. In conclusion Contraband is an uneven and at times uninspired picture that suffers due to a proliferation of pointless subplots that add padding rather than narrative progression. Despite the generic utility of the director, Fulci seems ill at ease in this milieu and crafts a somewhat sedentary crime movie that lacks energy or thrills.