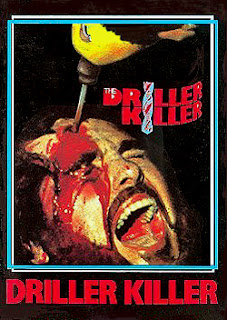 This month at The Celluloid Highway we are immersing ourselves in the murky and brutal world of the Video Nasties. This is no April fool as the dismembered body parts and eye gouged corpses can testify. To those outside the United Kingdom the term ‘Video Nasty’ may not hold the same resonance as it does for those of a certain generation who lived through the early days of the video rental boom. The period from 1980 to 1984 is seen by some as a halcyon time in which videos like Cannibal Holocaust (1979) and S. S. Experiment Camp (1976) could be legally rented in all their uncut vile glory. These were the days in which a film like I Spit on Your Grave (1978) was distributed without certification of any sort, offering those who were denied the opportunity to see it at the cinemas the chance to view it in the privacy of their homes. Of course this couldn’t last and part of the reason that these videos attracted such heat from the media, government, and pressure groups was a lack of self regulation within the relatively new industry. If the retailers had objected to the graphic art work of The Driller Killer (1979) instead of celebrating it, they might have had a year or two more in the sun, instead of the possibility of a heavy fine and a prison sentence.

These violent films were naturally leapt upon by all manner of political and social flotsam as a scapegoat for a myriad of social ills. The same arguments that had surfaced in the 1950’s with regard to imported American horror comics and the films of Hammer were dusted off and remixed for the early 1980’s. The right wing press had a field day as numerous experts suddenly popped up to confirm the harmful effects of these films on the nations children. The Video Nasties (read horror movies) were a culmination of centuries of critical snobbery. Of a stuffy cultural orthodoxy dedicated to social realism. But also of class - the Video Nasties were no trouble for the middle and upper classes who saw them for the worthless excrement they believed them to be. It was the working classes who rented them and probably in all likelihood laughed at the absurdity of them who needed help. And it was up to self appointed guardians like Mary Whitehouse to tell these vulnerable and susceptible people what was good for them. Naturally the Conservative government of the day leapt upon this scare and eagerly watched the hysteria and panic evolve. A population in fear for the minds of their children would be less likely to fixate on a faltering economy and a war over an island thousands of miles away.

The resulting furore and the pressure it generated ultimately led to the creation of the Video Recordings Act in 1984. This meant that videos and their certification became the responsibility of the British Board of Film Censors which was renamed the British Board of Film Classification. This restrictive and draconian piece of legislation led to greater censorship for films on video cassette (the argument being that in the home there is a greater chance of children accessing the material - though this begs the question what of parental responsibility?). Despite restrictions on horror and the prevailing culture of censorship that dominated the 1980’s and 1990’s the list films that found themselves on the list of the Director of Public Prosecutions remain with us (39 of these titles were successfully prosecuted in the courts). These films undeniably have a strange power and some were directed by filmmakers who became extremely prominent (Dario Argento, Abel Ferrara, Lucio Fulci, Wes Craven, and Sam Raimi). The banning had the opposite effect to that desired - resulting in cult followings for films that otherwise would have been totally forgotten. The important thing is that the films remain as documents of a changing social fabric. The Celluloid Highway will explore in detail some of the ways a selection of these films challenged the prevailing culture of 1980’s Britain, and how they function within a generic tradition. So if you’re queasy about eyes being ruptured with giant splinters, sadistic gang rapes, or animal cruelty, remember to bring a barf bag!