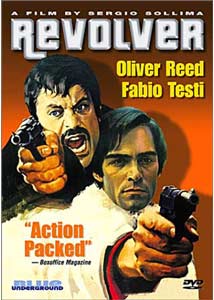 aka:
Blood in the Streets
In the Name of Love


To date The Celluloid Highway has yet to travel down the road of the Poliziotteschi, but I’m happy to correct that now with one of the major films of that sub-genre. It is instructive to note the different attitude that popular Italian culture has with the concept of genre. Genre as it is applied to cinema is largely speaking a Hollywood construct that aids in the marketing and differentiation of its product. Popular Italian forms of cinematic entertainment have a much more fluid relationship with each other. In the case of Poliziotteschi and Gialli for example we find a great deal of cross pollination and a mutual cynicism about both behaviour in a capitalist system, and the authorities that govern the system. The Italians prefer to use the term filone, viewing these films as popular cycles rather than discreet self contained genres. This may seem a peripheral point, but it requires the scholar to adjust one’s thinking when it comes approaching these films. These films were seen as cycles within popular cinema, and narrative rules and conventions of form are far more open to the interpretative imagination of a filmmaker. So whilst American cinema was undergoing a period of generic revisionism in the late 1960’s and 1970’s, this was always an inbuilt quality of these Italian film cycles. 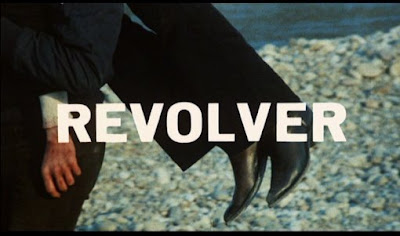 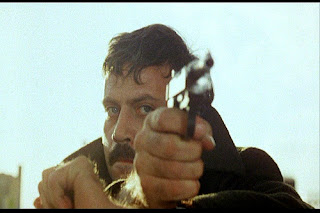 Sergio Sollima aka Roger Higgins III aka Simon Sterling was one of the foremost writer/directors of action working in Italy in the late 1960’s. Notable now for his spaghetti western Run, Man, Run (1968) with Tomas Milian and the hugely entertaining crime flick Violent City (1970) with Charles Bronson, it is Revolver which I believe to be his masterpiece. It has a wonderfully convoluted plot written by Massimo De Rita, Arduino Maius and Sergio Sollima that is full of mystery, intrigue, and unusually rich characterisation. For a Sollima production it is curiously lightweight in its volume of action set pieces, but it more than makes up for this with the tense chemistry achieved by the lead actors Oliver Reed and Fabio Testi. Reed plays Vito Cipriani, a no nonsense prison governor whose previous career as a detective has built within him a strong moral sense of right and wrong. Unfortunately his ideology is put under considerable strain when his young wife Anna (Agostina Belli) is mysteriously kidnapped in a blackmail plot. The shadowy criminals demand the release of Milo Ruiz (Fabio Testi) and Cipriani is forced to turn criminal in order to get to the bottom of what is happening. 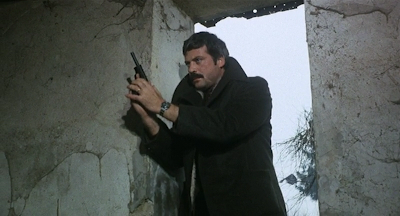 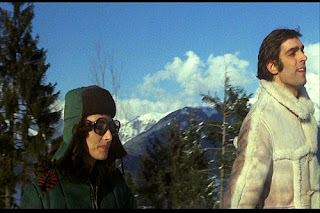 The sparks fly between Reed and Testi, and much tension is created by Cipriani’s obvious disgust and detestation of the petty criminal that he finds himself lumbered with. Cipriani is not above violence, and deals out a number of beatings in his uncompromising search for his wife. They become an odd couple, and eventually the two come to a mutual understanding, which at times appears as though it may bloom into genuine friendship. Cipriani never loses track of his goal, and when the pair are given a lead that takes them to France, they cross the border of the snow covered Alps into a political conspiracy that leads Cipriani to make a terrible choice. The film raises an interesting philosophical question about whether the lives of certain groups within society are less important than others. The implacable forces behind a political assassination need Ruiz dead, and the manner in which they position Cipriani to carry out the deed is terrifying in its cold logic. Although Ruiz is a petty thief, he is generous and big hearted. The film opens with a beautifully moving sequence in which Ruiz buries his best friend after a bungled robbery all played out to the strains of one of Ennio Morricone’s greatest pieces of music. A piece that was used to similarly wonderful effect in Quentin Tarantino’s Inglourious Basterds (2009). This ambitiously emotional opening humanises Ruiz and makes the final moments of the film incredibly uncomfortable. 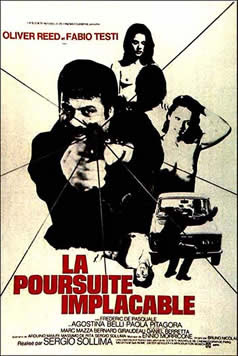 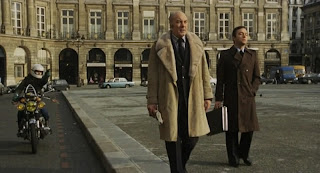 The strong emphasis on the interplay of characters and the network of conspiracies that unite Italy and France offers a particularly subversive treatment of both the form and the content. Poliziotteschi are marked by a bleakness of tone and a burning cynicism of governments and authorities. The difference in Revolver is the extent of the pessimism, a deep suspicion and mistrust which crosses borders and forces good men to do bad deeds in order to return to the equilibrium of their lives. The society ruled by these mysterious and shadowy patriarchs is efficient in tying up loose ends that might bring the fabric of the social structure down. In this world low level criminals such as Milo Ruiz are expendable and worthless, and hard working keepers of the peace such as Vito Cipriani are made all too aware of the fragility of existence. The value within society of these two lie exclusively within their occupation and their class, their status as human beings doesn’t come into it. Sollima marries this thematically rich milieu of despondency and dejection with a slow burning narrative that offers space for the ideas to germinate. The film ends on a note of utter despair, with a freeze frame of the incomparable Oliver Reed, offering a final expression which tells you everything you need to know about the moral price he has had to pay to be able to continue his life.