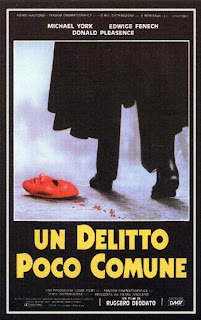 
This Italian obscurity by sadist director Ruggero Deodato has been given a new lease of life (perhaps its only ever lease of life on UK shores) thanks to the efforts of Shameless Screen Entertainment. But after sitting through this retarded mess you may well ask why did they bother? A vast number of gialli from the 1980’s remain in DVD distribution limbo, and on this evidence we should be thankful for that mercy. Most gialli take a poetic license with narrative structure, gaping plot holes and yawning chasms of devastated continuity are the order of the day. But many of them emerge as pleasurable and entertaining because of their attention to wildly exaggerated and inventive set pieces, and their funky soundtracks. Unfortunately this cinematic excrement from Mr. Deodato lacks style and narrative cohesion, and it’s so hamstrung by an incompetent screenplay by Gianfranco Clerici, Vincenzo Mannino and Gigliola Battaglini (a multitude of writers usually indicates a disaster) that even excellent actors like Donald Pleasence and Michael York are unable to save the day. Deodato is of course well renowned for his sick but deceptively well made circus of sadism Cannibal Holocaust (1980) and the even more reprehensible and shatteringly dull The House on the Edge of the Park (1980). If one is expecting the ferocity shown in either of those films, then you will be sadly disappointed. For not only is this badly plotted, but it is also very tame by gialli standards, and especially by the base standards of Deodato. 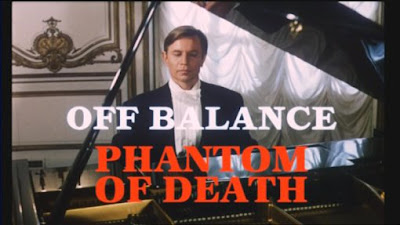 Michael York (who was clearly very short of a shilling at the time) plays gifted pianist Robert Dominici who finds his sedate and comfortable bourgeois world turned upside down when he discovers he has a very rare disease which causes premature ageing. The fact that this disease has lain totally dormant, only too emerge at a dramatically beneficial moment is one of numerous daft contrivances one has to endure. York is very good as the sensitive and preening artist, and he also performs well under the heavy make up required to show his rapid descent into old age. However this disease seems to do much more than just age Robert - by the end of the film he looks like a hideous and monstrous mutation! The convincing makeup is possibly the most impressive aspect of this film, but less impressive is the total lack of motivation on Robert’s part for going on a killing spree. If one is to follow the logic of the tale then Robert shifts from being a pathetic weakling to homicidal maniac, simply with the discovery of a condition he has always had. Any pretence of suspense is also diluted by the fact that we discover the identity of the killer before the film is even half over! The opening forty minutes or so plays out in typical gialli fashion - and isn’t too bad at all - but to reveal the killer’s identity so early is an unforgivable oversight which damages the film irrevocably. 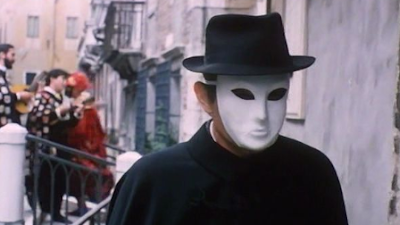 Once this piece of the puzzle is stupidly revealed, what was initially and intriguing premise, rapidly degenerates into a routine cat and mouse struggle between the killer and the detective on his trail. Robert makes things very personal between himself and Inspector Datti (Donald Pleasence) by threatening his daughter - again this is totally without motivation. Whilst there is a certain amount of pleasure to be gained from the clash between Pleasence and the grotesquely made up York, ultimately Pleasence is used in an inefficient manner which fails to take advantage of his talents. The film spends a lot of time located in a drab urban milieu which adds very little visual enjoyment. But a brief interlude in Venice where Robert literalises the films obvious referencing of Phantom of the Opera and slaughters a whore is a definite highlight. 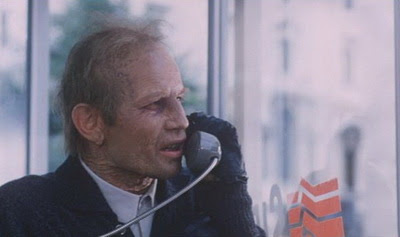 This is a workmanlike and uninspired exercise from the director. Fortunately for the film Michael York seems unaware of this and provides an enjoyable performance which is worth a view. The choice to situate the action within the bourgeois would of artisans is clearly a nod to Dario Argento and his all pervasive influence on the genre. Although York creates a certain pathos for his character the casting decisions are ultimately very odd. It's quite weird to see York under heavy make up that makes him resemble Seth Brundle from The Fly (1986) going around slaughtering hookers and terrorising an aged detective. This is slow moving, contrived, and witless cinema, just the type of film that should remain buried in the vaults to age and rot and mutate - rather like Robert Dominici.