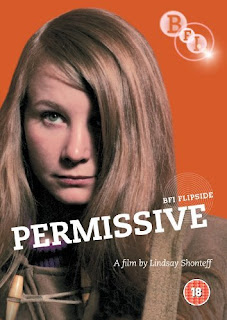 
The British Film Institute’s ‘BFI Flipside’ DVD imprint continues to dig out some fascinating and neglected films from the history of British cinema. Each title is presented in both standard and high definition, and offers an absorbing journey into avenues of British cinema that have remained overgrown and mistreated for decades. These titles (most of which I’ve never heard of) now have the opportunity to spring from the soil and enjoy a moment or two in the sunlight. A good number of these releases so far encompass the lusty traditions of British sexploitation, and while Permissive would nominally be categorised as such, it is a far trickier proposition when viewed. The director was Lindsey Shonteff, a Canadian who began making films in Britain in the early 1960’s. For genre fans his most famous film is probably Devil Doll (1964), a lacklustre and dull retread of ’The Ventriloquist’s Dummy’ story from Ealing’s chilling portmanteau film Dead of Night (1945). Although Shonteff’s twenty three directorial efforts were plagued by low budgets and received patchy to non-existent distribution, his films (even the James Bond spoofs) possess an energy and a strange magnetism which make them eminently watchable. Shonteff is a director of some generic savvy and utility, and in many ways Permissive is atypical in his filmography. 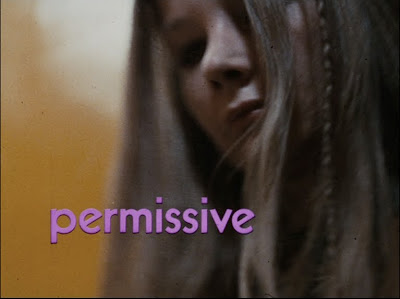 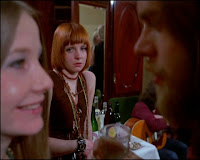 One could argue that Permissive masquerades as something far worthier than it has any right too. The film has pretensions to being considered a social problem film, and is aided in this by an approach to form that dramatises the events in a borderline documentary fashion. Shonteff makes use of cinema veritè techniques such as mobile handheld cameras, amateur performances, and a naturalistic approach to lighting. The film is entirely shot on location, either in dingy and cavernous night clubs, on the streets of London, or in the bland and tacky hotels which the band Forever More are staying. But at the same time Shonteff weaves in some arty touches, the flash forwards too events that happen later in the film gives the film an odd sensation of nihilistic inescapability. That all of these moments of precognition are tragic gives Permissive a fatalistic and downbeat atmosphere which opposes the glamorous connotations associated with rock bands and those who crave to move in their circle. The casual sleeping around of the groupies affords the film its moments of sexploitation, and there is a lot of nudity here. But the sex is never more than perfunctory. It is merely an act which has to be performed by these young girls in order to retain their entry to an exclusive clique. The overall feeling is one of boredom, depression and exhaustion. In this respect Shonteff’s film does seem critical of this world and presents it as one of emptiness and artifice. 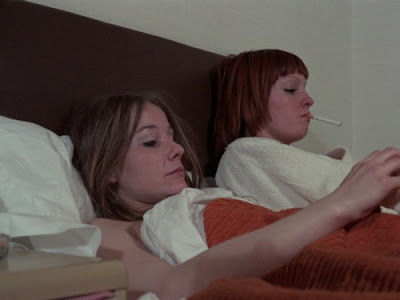 The film is anchored entirely to the character of Suzy (Maggie Stryde) a naïve young girl who is totally unprepared for the scene which she is introduced too by her friend Fiona (Gay Singleton). Her awkwardness is indicated by her hopelessly unfashionable style and her initial shock at the sexual goings on. All the time though Suzy is studying the situation and working out how to use her body too her advantage. What she lacks at this point is the ability to put her morals aside and leap fully into this world; a world in which the idea of whoring herself to gain entry to an elite club is one she is comfortable with. Her epiphany comes with the death of Pogo, a Marxist poetic vagrant whom she spends time with living rough. This seems to be the moment when any sense of purity or innocence is lost in the film, and Suzy thus embarks on a determined road to become a fixture in the affections of Forever More. The film gets some mileage out of exploring the sheer brutality of a female pecking order; the bullying, the mockery, the violence…and eventually tragic suicide. The men for their part are feeble minded and idle, their control is a fallacy and their lives are totally vacuous. The drugs and fucking is a distraction from the stultifying existence of being a touring band. The existence of Forever More (a real band who were signed to RCA at the time and released two albums) is hotels, long road journeys in a Ford Transit, the stage, and the women. The realisation that relationships are a hollow void is something Suzy realises very quickly. Unfortunately for her friend Fiona she makes the fatal error of thinking there was something more than just sex. 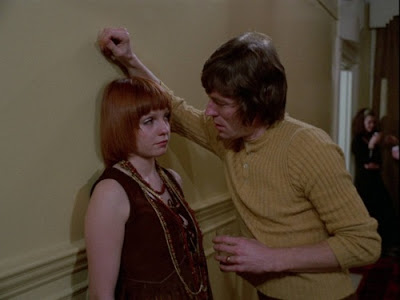 Everywhere Shonteff’s camera looks it sees dilapidation, fatigue, and decrepitude. The streets of London are a nightmare space awash with rain, and the hotels are featureless holes as bland as the human’s that inhabit them. The sense of a ‘swinging’ London is totally absent, the hopes of the 1960’s have now become the washed out nightmares of apathetic youngsters who crawl to drugs and sex for escape. A quick note on the soundtrack; the majority of it is made up of original compositions from Forever More and Camus, and the songs are actually surprisingly good. Unfortunately they do get repeated a fair bit, but I was very impressed by the soundtrack of Permissive. The live performance footage is particularly well shot, and the film as a result also works as a document of a working band. Permissive has a very uneven feel, and does suffer from a confused tone. It has a narrative that doesn’t quite work, and a series of performances (Stryde exempted) which are very poor. But despite these obvious shortcomings I found this to be a very interesting film. The sheer bleakness of its vision, and its extension of the mundane into aspects of film form (the flash forwards aside) make this an oddly compelling viewing experience.
© Shaun Anderson 2011
Posted by Shaun Anderson [The Celluloid Highway] at 16:19