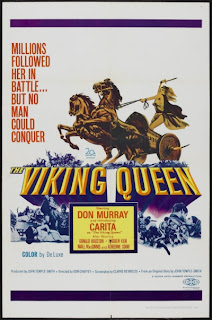 
Hammer had a long tradition in the production of historical adventure films, one which dated back to their first Robin Hood adventure The Men of Sherwood Forest (1954), which featured Don Taylor in the role of the outlaw thief. Two more Robin Hood pictures followed in 1960 and 1967, in addition to several controversial tales of Eastern cruelty (The Strangles of Bombay [1959), The Terror of the Tongs [1961]), a slew of pirate adventures (The Pirates of Blood River [1962], Captain Clegg [1962], The Devil-Ship Pirates [1964]), and miscellaneous departures into historical territory such as The Scarlet Blade (1964), The Brigand of Kandahar (1965) and Rasputin: The Mad Monk (1966). The emphasis in all of these films is on action and adventure rather than history, and The Viking Queen slots neatly into a subset of films with which Hammer had dealt with consummate ease. However, somewhat unusually, the lifeless screenplay by Clarke Reynolds and John Temple-Smith attempts to place the action within a historical context they believed to be accurate. The use of voice over and on screen captions do a semi-decent job in setting the scene; in this case 1st century Britain, a time when the country was divided up into numerous kingdoms, all ruled in collaboration with the occupying forces of the Roman army. The kingdom under scrutiny here is that of Icena, a realm that has seen the recent death of its beloved king, and the ascension to leadership of his daughter Salina (Carita). 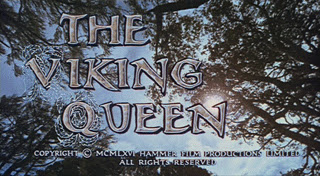 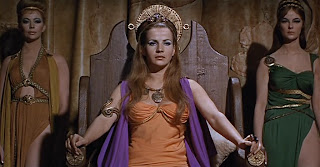 One of the surprises of this film is the amount of attention it devotes to a variety of political and economical machinations. Things are complicated by the fact that Justinian (the abysmal Don Murray) and Salina have fallen in love, an event that happens with absurd rapidity. Within the Roman ranks are a number of agitators led by Octavian (Andrew Keir), a hardliner who feels that the Briton’s are being indulged by the soft approach of Justinian, and who is repulsed by the Pagan ceremonies of their Druidic faith. In addition to this the Druids are led by Maelgan (Donald Houston) a bearded zealot who thirsts for power and wishes to rid Britain of its Roman overlords. Finally if these three elements are not enough Justinian also manages to offend the merchants with his taxation policy, an act that leads the plotters to a unity with Octavian. This is fairly complicated stuff for a Hammer film, but it shows an ambition at the writing stage which is to be commended. Ultimately though the film has too many subplots, especially for an 85 minute movie in which the emphasis is on action. Nevertheless one has to appreciate the narrative scope of the screenplay, even if the epic nature of the various plots and acts of skulduggery was never going to be realised on Hammer’s budget. 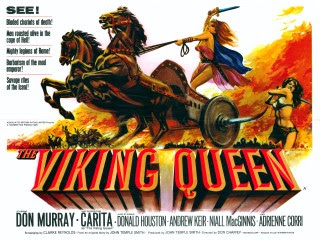 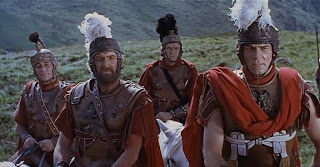 A major problem however that the film never recovers from is its casting choices. There are strong performances from Andrew Keir, Patrick Troughton, and Nial McGinnis, but their roles are in support of Don Murray, Carita and Donald Houston. All three are utterly unconvincing, but of the three total newcomer Carita emerges with more respectability. The Finnish supermodel was making her one and only film, and she brings with her a sense of pathos and feminine determination in addition to her obvious beauty. I felt that Salina was quite a believable character, even if the events she inspires, and the manner in which she takes vengeance on the Romans is completely unbelievable. Houston and Murray however should hang their heads in shame for their bereft and incompetent performances. As the narrative develops so does the sadism and cruelty. The depiction of the Druids is of particular interest - in this conception they are more than happy to perform sacrifices (to Zeus!!!???), and torture people. Their cruelty is only matched by the harsh sadism of Octavian. He gets to rape Salina’s lady-in-waiting, and gives the command for Salina to be publicly flogged. In a bizarre twist however he is pretty much exonerated for his deeds and ends the film fighting side by side with Justinian. 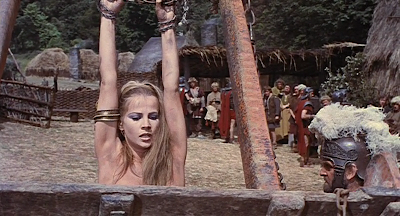 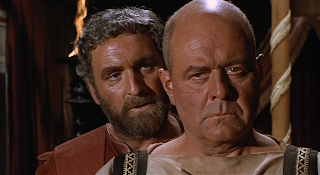 The film builds to a final battle sequence which is an unsurprising disappointment. Although the distinctive sight of chariots (replete with spiked wheels) speeding down a hill towards the immobile Roman army is impressive, the claustrophobic camera work and congested frame doesn’t allow the action to breathe. An earlier scene in which Salina and Justinian race on chariots through the beautiful countryside of County Wicklow in Ireland is far more successful. The uprising of the Icenan’s is crushed with ease and the film ends on a surprisingly downbeat and sour note. The Viking Queen, despite its complex plot, moves along at a brisk pace. It will undoubtedly appeal to enthusiasts of camp cinema (perfect haircuts, and well groomed beards pervade) and although its action scenes are atrociously choreographed and the direction by Don Chaffey (who had done much better work with Jason and the Argonauts [1963] and One Million Years B.C. [1966]) is unobtrusive to the point of invisibility there is much of interest here. This is often lumped together with Prehistoric Women aka Slave Girls (1967) as one of Hammer’s worst films, but this is a cut above that film in all departments.
© Shaun Anderson 2011
Posted by Shaun Anderson [The Celluloid Highway] at 17:39