An Introduction to the Italian Giallo 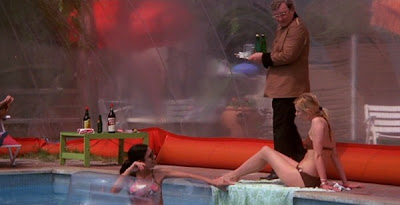 January 2011 marks the first anniversary of The Celluloid Highway and what better way to celebrate this minor milestone than with a month dedicated to that most fascinating of Italian filone the giallo. The term filone recognises gialli as a cycle rather than a self-contained genre. An indigenous attitude to the production and distribution of popular cinema in Italy which goes some way to explaining the hybridity of the form and the cross pollination with other popular cycles. This month long festival of black gloved psychopaths, eye watering camp fashions, bourgeois artisans and their neurotic women, and exaggerated acts of eroticised violence is due in no small part to my readership who voted for it. As a result I am consigned to walk the plaza’s and squares of European capitals in search of madness and murder. The age of DVD and Blu-Ray has given audiences uncut and pristine transfers replete with supplementary material and many of the titles have acquired cult followings. Films that were at one time barely remembered obscurities are now presented as lovingly as the Italian art films which took all the critical plaudits in the 60’s and 70’s. 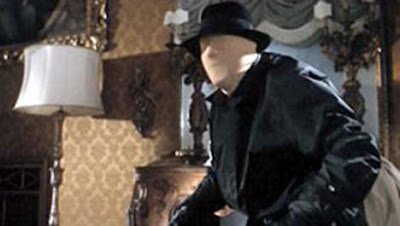 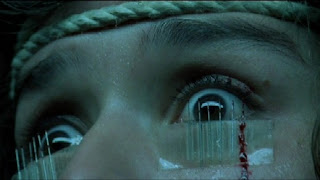 An introduction to the form must inevitably begin with the year 1929 when the Italian publisher Mondadori created their Il Giallo Mondadori imprint and offered translations of writers such as Raymond Chandler, Agatha Christie, Edgar Wallace and Ed McBain in distinctive yellow sleeves. Prior to these releases the concept of the detective was pretty much unheard of in Italian culture and these first few books introduced an idea which would eventually blossom into a culturally specific indigenous form. The films subverted the idea of the expert detective with amateur sleuths who were motivated by their own obsessions and neuroses. The typical protagonist of a gialli is an insecure artist who unwittingly witnesses a murder and then must spend the remainder of the film either piecing together their memories and solving the case to save their own life, or solving the case to prove their own innocence. Because the protagonist is constantly in battle with their own mind and a myriad of internal vulnerabilities (in the Argento films related to gender and masculinity) they are mistrusted by the authorities. This also makes them unreliable narrators and helps to create much tension within the films. The role of the police is very ambiguous, more often than not they are painted as unhelpful bunglers or they represent a barrier or hindrance to the efforts of the amateur detective. This attitude to authorities and institutions is not dissimilar to that seen in the concomitant Italian film cycle the Poliziotteschi. However gialli rarely travel the terrain of political or institutional conspiracy, and the general cynicism the gialli offers towards the police is lighter in tone. 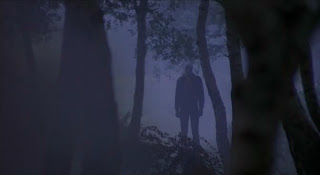 Like the protagonists in gialli the antagonists are often unlucky and are forced to continue murdering in order to cover their tracks. In many cases the killer just wishes to kill once, but events escalate out of their control and a bloodbath ensues. The path they travel ends in alienation and paranoia and their weaknesses are often those qualities that exist as strengths in the protagonist. The more interesting films are those in which murder is used to conceal a past event that is threatening the killer in the present. The question of madness becomes blurred here and the killer becomes a twisted mirror image of the protagonist. They are also driven and obsessive and risk their lives in order to cover up the past or their own inadequate vulnerabilities. The killer also endures a number of mental and physical neuroses, often sexual in nature which dramatise a crises in gender representations. The twisted and perverted minds of these psychopaths almost seem custom built for psychoanalysis, and gialli overflow with the symbols of Freudian theoretical analysis. 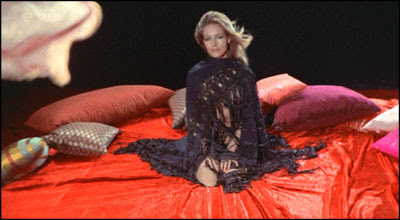 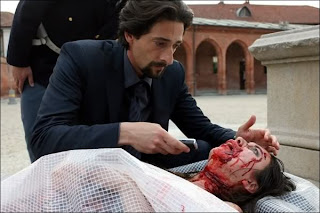 Gialli are not concerned with the working classes. Even when set in the rural climes of Northern Italy, the films are firmly on the side of the more enlightened outsiders who usually come from the modernity of the city. The protagonists of these films are usually artists, musicians, writers, photographers or some other kind of artist and circulate around coffee shops, restaurants, upmarket night clubs, fashion houses and other locales populated by equally bland and lifeless individuals. Works of art in gialli are often subverted and associated with the madness of the psychopath and regularly provide a conduit into the past and into the mind of the antagonist. The films however are clear in their intention in emphasising the tacky emptiness of middle/upper class existence in 1970’s Italy. The exhibitionism and vanity of the principal characters is often linked to fashion and photography, and the outfits and designs give the films a camp appeal.

Other thematic concerns of gialli include tourism, travel and cultural migration. The cultural otherness of a foreigner often leads to unrest and tension, but Europe’s landmark’s and capitals are subsequently united by operatic murder and violence. From the moment Barbara Shelley had a spiked mask driven into her face in Mario Bava’s Black Sunday popular Italian cinema has had a fascination with vision and sight. The gialli took this up and explored the fallibility of an individuals sight and how knowledge must be accumulated logically through a process of deduction and detection. This is extended formally in the gialli by an over abundance of point of view shots. They often show us the perspective of the killer, but can also be used to create red herrings and moments of shock or surprise. On occasion they give us an insight into the fractured psyche of the murderer. Generally speaking gialli offer a patriarchal or masculine gaze which indicates their retrograde attitude to gender. But this came full circle in 1987 when it was subverted to brilliantly sadistic effect by Dario Argento in Opera.

The Bird with the Crystal Plumage (Dario Argento, 1970)
﻿
From a formal perspective gialli are unique in their presentation. In addition to convoluted plots and a dream like approach to narrative, the films are notable for their ravishing colour schemes, audacious camera work, and distinctive soundtracks. The formal centrepiece of the films are the murder sequences which often exist as self contained units that far exceed their narrative justification. They become an artistic and operatic statement and offer a troubling connection between sex and death. This set piece ‘body count’ structure has been hugely influential, but in all reality owes more to conceptions of art cinema than it does the horror genre. The Celluloid Highway is proud to present a month of giallo.