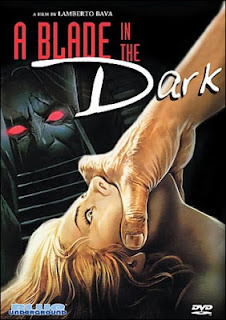 
I first encountered Lamberto Bava’s second feature film A Blade in the Dark about a decade ago. My memories of this viewing experience were unanimously positive, so I felt a certain amount of upbeat optimism as I slotted the Blue Underground DVD into my player and screened it for the second time in preparation for this month long giallo season. To say I wasn’t expecting such a bad film might be the understatement of the year. A Blade in the Dark is living proof that returning to films every few years is a vital part of film scholarship. This is Lamberto Bava’s gushing and masturbatory tribute to the giallo productions of Dario Argento. You can almost see Bava kneeling at the altar of Argento and genuflecting before his messiah. Or perhaps better still flagellating his flabby form too appease his filmmaking master. The starkly lit visual presentation (even night time scenes are bright) is a complete lift from the previous years Tenebre, a film upon which Bava also worked. The protagonist who is stalked by an unseen assailant as the bodies stack up is clearly a nod to Marcus Daly from Deep Red (1975). The only difference is that one composes avant-garde jazz music (and represents high culture) and the other is employed to compose a score for a horror film (and represents low culture). Although both musicians approach the art from different perspectives and both characters are weedy A Blade in the Dark’s Bruno (Andrea Occhipinti) is so lifeless, lame, and pathetic one prays for his extermination. If you want to see the difference between father and son watch this film. Mario Bava was a brilliant visual stylist who was heavily imitated by others, Lamberto is devoid of ideas and imitates others. 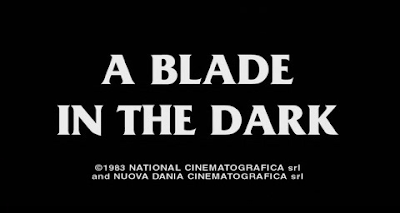 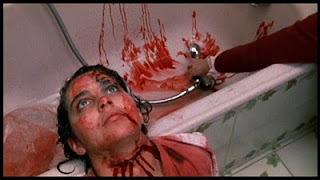 The film isn’t helped by a disastrously written screenplay by Elisa Briganti and Dardano Sacchetti. To give Sacchetti some credit he is excellent at creating situations and scenarios, and he is clearly an ideas man. But he is less than gifted when it comes to writing dialogue. The dubbing of the English language soundtrack of course doesn’t help, but Sacchetti has consistently displayed incompetence in the field of dialogue. Therefore as soon as his name appears on the screen it immediately indicates that the set pieces and plot structure will be of primary importance. This is of course vital in a giallo, and within the terms of its conventions A Blade in the Dark is almost a textbook example. The only problem is by 1983 the cycle was crying out for innovation, the last thing that audiences needed was yet another sub standard dumb Argento rip off. As it turns out we had to wait until 1987 for subversion and innovation, and unsurprisingly it came from Dario Argento. Lamberto Bava has about a tenth of Argento’s filmmaking talent, and a film like this only highlights his shortcomings as a filmmaker. The film totally lacks suspense, has an element of mystery which is thin and undeveloped, and a story which is so slight as to barely exist. The red herrings are so obvious that as each new character is introduced the film becomes increasingly ludicrous. 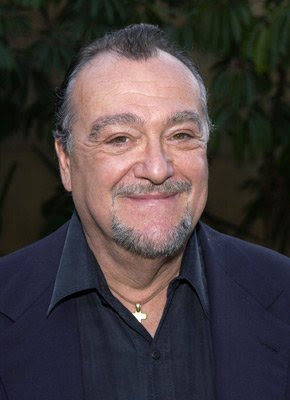 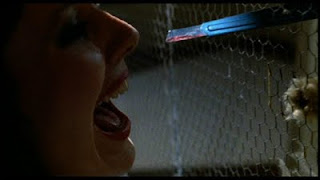 The setting is a modern villa on the outskirts of Tuscany, a perfect place for limp dick Bruno to compose his music. This theme is repeated ad nauseam throughout. At times it exists as diegetic music when we see Bruno composing, but at other times it plays non-diegetically. It is both the theme of A Blade in the Dark and the theme for the film that Bruno is working on. This self reflexive position is first indicated by a pre-title sequence involving a bunch of kids in a creepy house on a dare, a scene which we soon discover is in fact part of the horror film Bruno is working on. It supposedly holds the key to the identity of the killer stalking the villa, but all it does is offer a hint to the psycho-sexual gender confusion to come. The actual identity of the killer cannot be deduced from anything within the film Bruno is working on. Instead the film continually emphasises gender disorder. The director of the film is a woman Sandra (Anny Papa), and to compensate for her lack of penis she dresses like a man and drinks hard liquor. The film sets these themes up but doesn't really do anything with them, and the subsequent reveal of the identity of the killer and the past event that has formed their psychosis lacks both surprise and resonance. Conceptions of femininity and masculinity are central to the giallo, but here they are included just as a hollow convention. The film has nothing to say about gender at all. 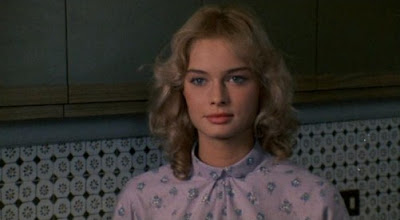 There are one or two things that do work in this lifeless garbage though. The villa is a very effective space. It has a pool, a large garden, winding corridors, and many empty rooms. It makes for one or two effective moments of stalking tension. The sexually frustrated gardener and handyman Giovanni (Stanko Molnar) covers the walls of his home with porn and cuts out news stories about murders. But he lights up the film when he is in it, in much the same way Molnar did in Bava’s debut feature Macabre (1980). The set pieces are typically brutal and violent, especially the fate of Angela in the bathroom, this will make anyone wince. Bava would develop his self-reflexive film within a film themes to greater effect in his following film Demons (1985), here it is wasted on a mindlessly derivative screenplay which is surprisingly incompetent.