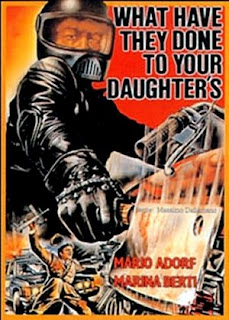 
The title might be a mouthful but Massimo Dallamano’s What Have They Done To Your Daughters? is an extremely efficient and energetic mixture of giallo and poliziottescho. By 1974 the giallo had seen its share of the domestic marketplace eroded and the poliziotteschi cycle, with its elements of conspiracy and vigilantism was finding favour with audiences. Dallamano was one of the first filmmakers to see the potential in combining elements of the two and had achieved a notable creative success with his earlier effort What Have You Done To Solange? (1972). Although Daughters recycles the thematic substance of the earlier film, this second attempt ups the quotient of action considerably and focuses its attentions on the police investigation. The films attitude to its law enforcers and detectives marks the first notable shift from the territory of the giallo. This is very much a celebration of dogged detective work, and the principal investigators are imbued with charm, charisma and intelligence. There are no ineffectual bunglers here. Instead the cops emerge as powerless as the public in the face of the mysterious authoritarians that prowl the corridors of power. Our sympathies lie with the police because they are an unusually frustrated bunch - good men and women trying to do the right thing for the public, but unable to mete out justice because the reins of power are held firm by those who abuse power and privilege. 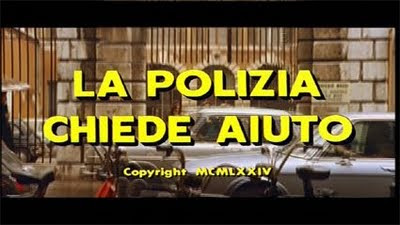 But this is also a film about predatory adults destroying the innocence of childhood. The opening montage which shows excited Catholic schoolgirls meeting boyfriends underscored by Stelvio Cipriani’s childlike leitmotif sets up a sense of carefree abandon. This is then rudely shattered by a shot of a naked girl’s dead body hung from a roof beam. These two images crystallise the thematic concerns of Ettore Sanzò and Dallamano’s screenplay efficiently, and set up the brutal realities of how a world of deviant and perverted adults can shatter the delicate world of childhood. When the ensuing police investigation reveals that the girl was a murder victim rather than a suicide the film becomes a supremely plotted whodunnit. When a leather clad motorcycle riding killer is introduced the investigation is punctuated with some excellent moments of gory violence. These include a police officer losing a hand to the machete wielding maniac and a peeping tom pervert being stabbed to death with a screwdriver. This also gives Dallamano an opportunity to indulge in a breathtaking chase sequence. This sequence which sees numerous police cars chasing the motorcyclist through backstreets, country roads, gravel pits and ends with the biker speeding up a tunnel towards an oncoming train is a major highlight. It seems that just as Dallamano’s film comes perilously to getting bogged down in the details of the investigation he pulls out a supreme murder set piece or an exhilarating action sequence. This is a tremendously confident and assured piece of genre filmmaking.

The film also has time to explore gender issues by having a female assistant district attorney (Giovanni Ralli) adjusting to the macho masculinity of the detectives on the case. The lead investigator is Inspector Silvestre (Claudio Cassinelli) a driven and determined man whose rogue methodologies are brought into question. The character possesses a rebellious anti-authoritarian streak which was not out of place in 1970’s cop thrillers. Unfortunately he doesn’t quite have the one track determinism of a Harry Callaghan, and his attitude to the cover up is more impotent rage than explosive violence. The inclusion of a female character close to the investigation leads to several scenes in which the leather clad madman terrorises her in an underground car park. These are well mounted and the nearest the film comes to a sense of genuine giallo suspense. The frailties of the character are manifest but it has to be noted that Vittoria Storie is an unusually strong feminine presence, even if she is largely included as a softening agent to the paedophilic overtures of the film. The films attitude to its underage prostitutes however is a little troubling. While the voice recordings of the predatory adults is repulsive, several of the girls we do see are incredibly precocious and knowledgeable. The first victim is seen later in a flashback and it seems inconceivable that such a character could be lured into such a position. Therefore the film is both an indictment of the perversion and deviancy that exists in the adult world, but also shows that some of these children are not as innocent as Cipriani’s music suggests.

The film is also a great technical accomplishment. In addition to Cipriani’s impressive score, the cinematography from Franco Delli Colli is on occasion beautiful. The condition of the print for the DVD I screened for this review helped no end. Dallamano only directed twelve films in a career that was cut tragically short and there is a lot of evidence here and elsewhere in his filmography that shows he had the potential to be a filmmaker of some note. I would have liked to have seen much more of Mario Adorf who has a small but crucial role as Inspector Valentini, but aside from this minor grumble this is an exceptional little film. It is that all too rare example of a gialli (admittedly with very strong poliziotteschi overtones) that is well plotted, stylishly shot and exciting. When you also throw in the provocative and challenging subject matter you have a towering example of the great possibillities for popular Italian cinema in the 1970‘s.