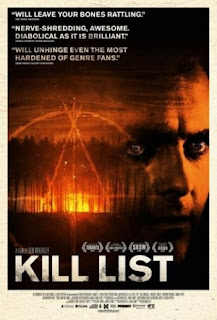 
Few British genre efforts come with quite the degree of fanfare afforded to Ben Wheatley’s second film Kill List. But beneath the enthusiasm the prevailing trend to emerge from discussions of Kill List is that it’s an extremely divisive film. The critical notices have been patchy, but whatever one might think of the film, people are certainly talking about it. As a long time supporter of indigenous genre production I’m all for this. Any film that inspires discussion and argument is of benefit, especially in a film culture that sorely needs distinctive and generically progressive material. For many Ben Wheatley will be a new name, but his darkly humorous and dialogue driven debut effort Down Terrace (2009) marked him out as fresh new talent. In a way Wheatley was fortunate that Down Terrace slipped quietly away into the ether because viewing it will certainly prepare you for the style and tone of Kill List. The key ingredient both films have in common is a sense of rising tension. An atmosphere of menace, imperceptible at first, that steadily builds throughout both films, and culminates in moments of unexpected bloodshed and violence. There might be some who feel that the generic shift in the final third of Kill List unbalances and undermines proceedings, but in light of the simmering ambience of the previous hour the narrative had to go somewhere. That the writers (Wheatley himself and his partner Amy Jump) opt for the folk-horror territory of The Wicker Man (1973) is to be commended in my view. 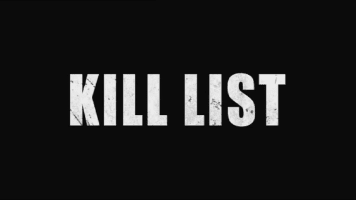 As well as being an intriguing generic proposition Kill List is also a very effective essay on marital strife and the entrapment of bland domesticity. The first forty minutes of the film exist in a world of social realism, and are almost entirely situated within the household of married couple Jay (Neil Maskell) and Shel (MyAnna Buring). The harsh and unsympathetic lighting schemes adopted by cinematographer Laurie Rose is fused perfectly to a constricted and cluttered frame which indicates Jay’s lack of freedom due to a self imposed bout of unemployment. A vague reference to a previous job in Kiev is our first indication that Jay’s skills might be in something other than administration. There is the sense that the house and the frame itself are not big enough for the both of them. With the pressure of a young son adding to Jay’s sense of worthlessness, the building resentment reaches a pinnacle of rage during a dinner party. But time and again in Kill List these moments of surprising violence act as pressure valves. Anxiety and apprehension is released, but only for it to start building again almost immediately. The presence of Jay’s best friend and work partner Gal (Michael Smiley) is a mellowing force, but it’s clear that the demons that rage within Jay are desperate for escape, and are afforded the opportunity to do so when the two men take on a new assignment. 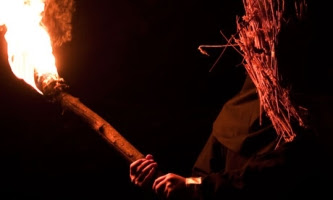 At this point Kill List makes its first shift when we discover the two men are hired killers. The film leaves behind the domestic drama that is almost entirely delivered by dialogue, and shifts into the realm of an ultra-violent gritty action movie. But threaded into the action is an increasingly hysterical and surreal tone. The first on the list is a priest who smiles benignly as his brains are blown out. The second a paedophilic librarian who thanks Jay again and again as he takes a hammer to him. Wheatley’s camera documents these sadistic brutalities in all their glory, the escalating violence is delivered unflinchingly, and at times Wheatley seems loathe to cut away. This is particularly difficult to stomach when Jay is pounding the librarians skull to a bloody pulp with a hammer. Gal meanwhile watches with mounting worry as his friend is unable to control the apoplectic fury that boils inside him. Because Wheatley has pulled the rug from under us by making Jay and Gal hired killers the film immediately becomes an unsafe viewing experience. But the fact it is now unsafe, and we are not sure where it’s going, actually prepares the audience for more moments of unexpectedness. So in a way the final moments are predictable because we are now attuned to Kill List’s internal unpredictably. 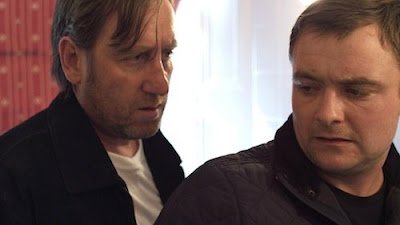 This is why the final shift in the generic typography of the movie didn’t work quite so well for me. Neither do all the various strands of conspiracy and manipulation that culminate in the final kill. I think on some level the screenplay is trying to be too clever for its own good. One gets the feeling that Wheatley and Jump want the audience to question all that has gone before, or maybe even watch the film again to pick up clues. The reality is that the final third of Kill List makes almost no sense at all. But that’s not to say that it isn’t welcome. The shift from the grey and lifeless urbanity of Jay and Gal’s world to a rural landscape that harbours a cult allows the film a brief moment to breathe and expand. Even if the dichotomy between the modernity of the city and the backwards nature of the countryside is an old and cliché riddled one. It works within a general climate of building surrealism, and affords the filmmakers a rare opportunity to do something visually interesting - however from a narrative standpoint it is totally baffling. But perhaps that was the filmmakers intention all along. Although both Jay and Gal are returning soldiers adapting to civilian life in their own ways, the directors assertion that this film is an allegory of the Iraq War is as baffling and nonsensical as the Race with the Devil (1975) finale! Frequently frustrating, and often challenging, Kill List is a very discordant British genre flick which will be loved by some and hated by others.
© Shaun Anderson 2012
Posted by Shaun Anderson [The Celluloid Highway] at 20:44