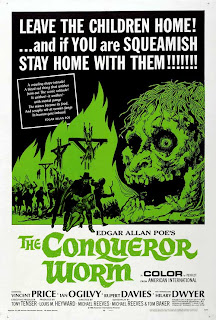 
The 1960’s represented a golden age in the production of horror films in Britain. The landscape was formed and conventionalised by Hammer who brought to their gothic fantasies lush production values and committed performances from their cadre of acting talent. Outside of Hammer’s mid European gothic milieu interesting work was being done by Amicus Productions, Anglo-Amalgamated, and perhaps most prominent of all Tigon Productions. It is fair to say that Amicus were Hammer’s chief rivals, but the drab and lifeless production values that hampered the films of Amicus meant that aesthetically at least they would always come in second. Tigon however not only regularly matched Hammer in this department, but also made films that had a progressive quality in terms of gender politics and allegorical value. Hammer’s was a very restricted and Manichean vision and one which by 1968 began to seem increasingly old fashioned and dated. Chinks of creativity and radicalism were emerging in the genre at this time to reflect the uncertainty of a world in turmoil over a variety of issues. The surprise commercial success of Night of the Living Dead (1968) legitimised a socially committed brand of modern horror, and as leaders in the genre Britain needed to produce something of their own to rival the progressive nature of Romero’s startling debut. With Michael Reeves’ Witchfinder General British horror was able to do this, and unwittingly sowed the seeds of Hammer’s eventual marginalisation. 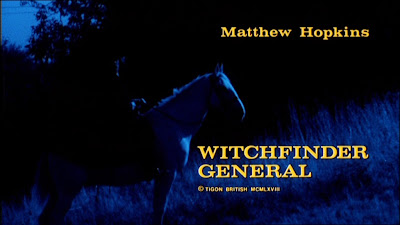 The first key area in which Michael Reeves heralds a departure from the past is in his relationship to genre. Reeves was a great admirer of Don Siegel and was able too adopt a revisionist attitude to genre at precisely the time when such an attitude was filtering into the major studios of Hollywood. Witchfinder’s relationship to the horror genre is an uncomfortable one, and its relationship to gothic horror especially problematic. Reeves gleefully recreates the signifiers of Hammer only to tear them down. The violence of the film isn’t particularly graphic, but it is significantly more sadistic than the norm of the time. And it is for this reason that the film was promoted and critically received as a horror picture. But the film has much more in common with the western, but a western functioning within the visual iconography of the historical drama. In many ways one could view it as the cruel flip side of the Gainsborough melodramas of the 1940’s - it could easily have been titled The Wicked Man. But it is the flavour of American genre filmmaking which most informs this movie - the relationship between man and landscape, the numerous spatial metaphors and symbolism, the quest for vengeance and an almost existential search for placement and identity are all aspects that take the film away from the conventions of British gothic horror. 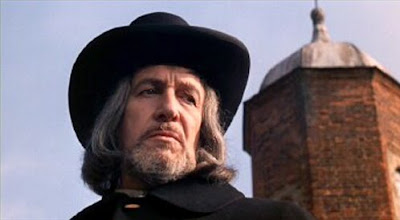 The English countryside had never been put to such metaphorical use in a horror film. We are asked to gaze upon its beauty, a beauty vividly brought to life by the excellent cinematography of John Coquillon. The stillness and serenity, the majesty of rolling green hills, and the autumnal woodlands are vividly brought to life. It is only then when we are lost in this beautiful imagery does Reeves shatter our pleasure with the sound of a gallows being constructed. The landscape acts as a  counterpoint - the graceful repose of nature shattered and perverted by the sadistic attrocities committed by man. Reeves achieves this uncanny effect largely through sound design. Think of how ominous the sound of the hammering is in the opening scene, before we see the terrified shrieking woman who is about to be hung from it.
The backdrop of the English civil war delivers Matthew Hopkins (a remarkable performance from Vincent Price) into a highly charged and tense arena ripe for exploitation. The weapons he uses are religious faith, superstition and the latent hysteria of a populace at war. Hopkins’ eloquent use of the English language is another vital weapon as he puts his education to good use to convince the uneducated masses. He has a sadistic assistant in the shape of John Stearne (a sleazy turn by Robert Russell) who gladly performs the necessary tortures to acquire a confession. Hopkins is industrious and business like and instead of bowing to the hypocrisies of Christianity he uses them for his own personal profit. He is a complex figure, not merely the empty conduit of aristocratic evil he might be in a Hammer production. He possesses humanity, but is able to put aside values and morality in favour of a bigger picture of wealth and prosperity. He is a mediaeval entrepreneur. The identities of the antagonist Hopkins and the protagonist Richard Marshall (a bland Ian Ogilvy) become blurred as they both leave a swathe of death and destruction in pursuit of personal goals. Hopkins is able to use the church in order to cover his tracks and explain his behaviour and Marshall has the cover of the army. The implication is that both institutions are no better than the other and aid the terrible actions we see. The political backdrop of this period in British history is brought to the fore and is evidently functioning as an allegory for the tumultuous events the world was experiencing in the late 1960’s. The image of a country torn asunder by in fighting cannot help but evoke the spectres of those protesting against the Vietnam war and the civil rights struggle. 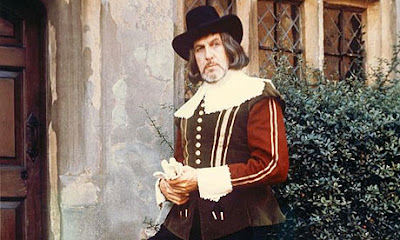 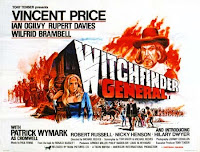 The relative inexperience of the young Michael Reeves makes this film even more remarkable. His prior credits included the ultra low budget Italian shot horror Revenge of the Blood Beast (1966) with Barbara Steele and the mind bending science-fiction of The Sorcerers (1967) with Boris Karloff. For a twenty five year old to show such assurance and such generic foresight and knowledge with only his third film is a major achievement. And it is no doubt this aspect which lead a number of critics in the wake of his premature to death to despair at the loss of a major talent. There is no doubt British cinema lost an important voice within genre filmmaking, but the evidence here suggests to me that Reeves would have made the move to Hollywood by the early 1970’s. With this film Reeves managed to shatter the restricted duality of Hammer’s codified and hegemonic universe and drag British horror screaming into an age of mass protest and political and social disillusionment.
© Shaun Anderson 2010
Posted by Shaun Anderson [The Celluloid Highway] at 16:13