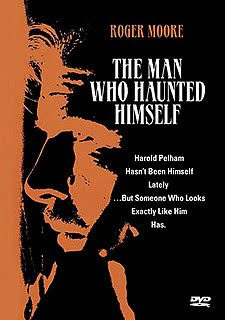 
Anthony Armstrong’s short tale The Case of Mr. Pelham began its screen life as the tenth episode in the first season of Alfred Hitchcock Presents in 1955. It was one of a handful of episodes from the first series directed by Hitchcock himself and was suitably memorable as a result. The narrative was designed for the short format of an anthology series, and the foremost question to consider when discussing The Man Who Haunted Himself is whether such a narrative stretches to feature length. The film does suffer from a fair amount of padding, but generally speaking Basil Dearden and Michael Relph’s screenplay maintains a sense of mystery and intrigue throughout, even if the outcome is somewhat obvious early on. For some reason this film has largely been written out of the annals of British horror/fantasy history. In my view this is a travesty, because this is a tense and taut little thriller, that is never less than very entertaining throughout. It is a hidden treasure ripe for rediscovery. 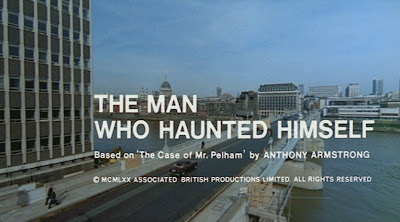 One of the major strengths of the film is a career best performance (on the cinema screens at least) by Roger Moore. He made the film shortly after he had ended his long association with The Saint, and no doubt relished the opportunity to play a dual role that encompassed a myriad of weaknesses, strengths and emotional responses. In other words Moore was finally given an opportunity to act. With all due respect to his performance as Simon Templar, Moore was hardly asked to stretch his talents. Moore had to face the rigours of stereotyping and succeeds admirably despite these pressures. It seems oddly prescient that he would agree to a film in which questions of identity and personality are central at a time when he was in between his two most famous and iconic roles. 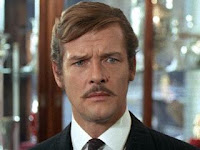 The director Basil Dearden at first glance would seem a very inappropriate choice for a fantasy genre picture like this. He was best known for a series of highly conservative social problem films he made in partnership with producer Michael Relph under the auspices of Ealing Studios. However a number of themes and concerns in films such as The Blue Lamp (1950), The Violent Playground (1958 - featuring a young David McCallum and Peter Cushing) and Sapphire (1959) are reconstituted in The Man Who Haunted Himself to reflect the permissiveness of modern Britain at the turn of the 1960’s. When one has ignored the daft way that Pelham’s doppelganger enters our world, one can begin to enjoy discovering the values that each version represents, and predict a possible outcome. The first Pelham or the real Pelham is stuffy, conservative and impeccably middle class. He wears a bowler hat to work, carries an umbrella and is a creature of habit. Furthermore (and crucially) he is sexually repressed and oblivious to the frustrations of his gorgeous wife. They have twin sons, which sets up the first of numerous dualities in the film. One could argue that this Pelham is representative of a bygone age of stiff upper lips, and emotional secrecy. In short Mr. Pelham has to lighten up! His doppelganger by contrast is thoroughly modern - in other words fun. He is not only sexually promiscuous, but also a gambler, a smoker, a drinker, and a driver of fast and dangerous sports cars (the opening car crash scene alludes to this). His carefree and permissive abandon situates him as the antagonist in the conservative universe Dearden creates. 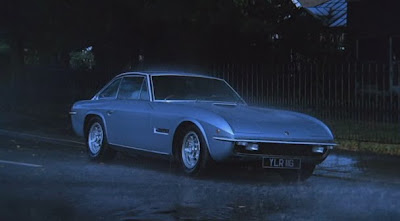 The audience is never entirely sure that Pelham isn’t just highly strung after his car accident and hallucinating the whole thing. This is a critical strategy, because the film would run out of steam very quickly otherwise. It creates a lot of enjoyable tension, especially in scenes for example where he ends up talking to himself on the telephone, or when he’s been attending meetings to which he has no recollection. It paves the way for a thrilling finale which is unexpected but more welcome for it. In the final moments Dearden abandons a visual strategy that is rather dour and dull, and composes probably the most striking and visually exciting sequence in his long career. The film hurtles colourfully into the realm of pure fantasy. The outcome is not a surprise as the repressed suburban Pelham is absorbed and thus killed by the fun loving version. This outcome has something of a despairing flavour about, it is by no means a happy ending. And it seems to me a clear indictment from Relph and Dearden about modern society and the path it is following. Moore is revelatory in both roles, and puts to shame anyone who thinks he is a wooden and hopeless actor. This is a gem that deserves digging out from the mine of forgotten cinema.
© Shaun Anderson 2010
Posted by Shaun Anderson [The Celluloid Highway] at 20:05