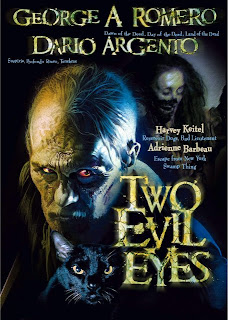 
This uneven and insipid anthology horror film would have rightly vanished into the ether were it not for the fact that George A. Romero and Dario Argento collaborated on it. Romero and Argento had first locked creative horns over a decade before and the result was Romero’s enjoyable but somewhat overrated zombie opus Dawn of the Dead (1978). What a difference twelve years can make? The best days of both filmmakers were far behind them and this production smacks of opportunism and a kind of desperation to return to the good old days of the 1970’s. Even for 1990 this feels like something of a throwback and this hasn’t helped it to date particularly well. The slump in fortunes experienced by both directors would continue into the 1990’s and beyond. For Argento it has become a terminal decline, but Romero has managed to belatedly engineer something of a creative comeback - if only he would move on from the dead end of his zombie obsession - he might once again claim the mantle of being one of the most important makers of horror films.

The problem faced by any anthology film is trying to maintain quality throughout each of the segments. In the history of anthology horror films I personally don’t think this has ever been achieved. Normally we are presented with three or four mini narratives, which of course increases the chances of a clunker. Two Evil Eyes reduces the odds of mediocrity by offering us two fifty minute segments. The problem is they are both adaptations of short stories by the esteemed Edgar Allan Poe who has never been the easiest writer to adapt to the screen. Argento might have felt a debt of gratitude to Poe, but his initiation of this project, and the pedestrian results of their collective endeavours shows that even great admires of a writer can totally lose the qualities that made Poe such an inspiration to them. At least Poe was long gone and didn’t have to sit through the wheezing, flagging, and faltering efforts of two washed up filmmakers trying to come to terms with the complexities of his stories. 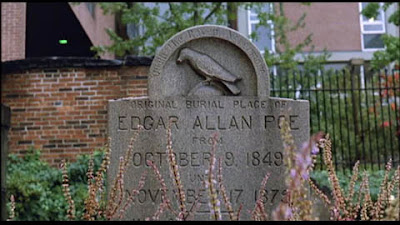 I’m being slightly uncharitable because Argento’s version of The Black Cat has some memorable and cool moments. But Two Evil Eyes never recovers from the awful and frankly pathetic Romero penned trawl through The Facts in the Case of Mr. Valdemar. Romero narratives are often tedious and tiresome, but they are almost always visually arresting. This has to be the blandest thing Romero has ever made. Instead of emphasising the weird science of the story, he opts for some cliché ridden nonsense about wills and inherited wealth. We are into the playground morality of Amicus and EC Comics, which is a world away from Mr. Poe. In attempting to give the tale a contemporary twist Romero totally misses the point of what made the original tale so chilling and horrifying. The interesting part of the story which involves hypnotising a person prior to death is something Romero’s screenplay seems saddled with, and struggles to know what to do with. Romero seems more interested in scenes in which Barbeau and her cohort plot and scheme. Now this would be interesting were it not for the dull performances. The whole thing is slow and has the feel and look of a television movie. 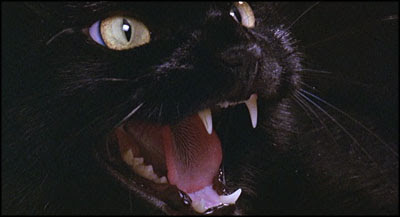 The instant we move to Argento’s segment Two Evil Eyes suddenly feels like cinema instead of television. Argento does at least maintain his visual standards, and his camera glides around in the impressive manner to which we are accustomed. The Black Cat also has an excellent turn by the ever watchable Harvey Keitel as a photographer with a morbid curiosity that eventually leads to murder. A nice dream interlude to a mediaeval village takes the film away from the urban locations that hamper the film, and an increased quotient of imaginative violence at least provides moments of excitement. The narrative is reasonably faithful to the story and the necessary elements to modernise the tale generally succeed, but what of the insanity and psychological breakdown of the stories protagonist? There is no real sense that Keitel is tortured by inner demons and a need to kill, and his actions and behaviour come across more as strange and bizarre instead of the result of a fragmenting psyche. And what exactly is Usher trying to do at the end? - the result of which is his accidental hanging. Aside from a few isolated examples Two Evil Eyes is flabby and non-descript filmmaking, a far cry from what one would expect from the talents involved. But it is also an oddly prescient and prophetic film because it looked forward to a dire decade for both directors.
﻿© Shaun Anderson 2010
Posted by Shaun Anderson [The Celluloid Highway] at 21:57