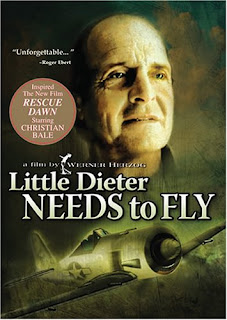 
Like the ski flier Walter Steiner in Herzog’s earlier documentary The Great Ecstasy of  Woodcarver Steiner (1974) Dieter Dengler had one overriding dream as a child - this dream was to fly. That this dream would take Dengler from the poverty and hunger struck ruins of post war Bavaria, to the streets of New York, to the US navy, and eventually to sixth months in a Vietnamese prisoner of war camp speaks volumes for his will and determination to achieve his life long ambition. The latter episode of course was totally unpredicted, but part of Dengler’s charm is the naïve innocence that led to him joining the navy and eventually piloting an aircraft. In many ways for Dengler the Vietnam War was simpler the enabler of his dream. He had little concept or awareness of the human cost beneath the green canopy of the jungle, but just two hours into his first flight he found himself within that terrain and plunged into a fight for survival. Herzog contextualises this with the inclusion of some inspired stock footage. The images of the jungle landscape exploding in slow motion were recycled for his feature film based on Dengler’s experiences Rescue Dawn (2006) and they possess an odd and haunting poetry. In contrast the footage of jungle survival techniques put out by the military in the 1960’s is laughable and painfully ironic when one thinks of Dengler’s ordeal. 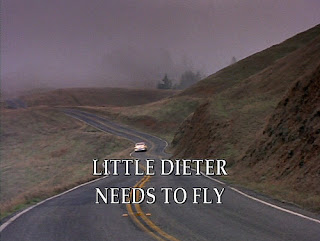 Dengler spent a total of six months in an encampment that was virtually medieaval and along the way he endured numerous tortures at the hands of his merciless captors. When he managed to escape along with his friend Duane, weighing just 85 pounds, they endured monsoons and leeches as they faced their greatest challenge - the jungle. A fatal encounter with a group of terrified machete wielding villagers saw Duane lose his life and Dengler was to face the jungle alone. Dengler’s story is an incredible tale of hopes, dreams, and survival. Herzog allows Dengler to pretty much tell the story himself, and his rapid fire delivery of dialogue speaks of a man trying to outrun the past, but never being fully able to do it. Every step of the way Dengler is haunted by these events and the amazing thing about him is that he ever managed to live a life of relative normality. But beneath the thin façade of normal everyday existence it soon becomes clear that Dengler is an exceptional individual. He built his house himself and constructed it in such a manner as to emphasis openness. He takes delight in a ritualised act of being able to open and close a door, and his walls are covered with his own paintings of open doorways. Beneath his larder is a store of food in case of emergencies, and this especially harkens back to a childhood marked by hunger. 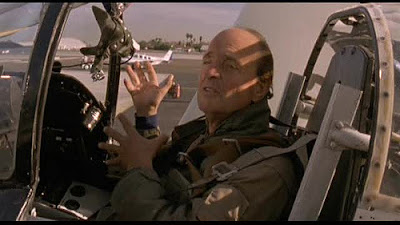 Herzog takes Dengler back to his hometown of Wildberg, which is in the Black Forest of Bavaria, and allows Dengler the opportunity to explore the manner in which a life in post-war Germany helped to prepare for the ordeal that was to follow later in life. His reasons for leaving were simple - Germany didn’t have an air force. Herzog also returns Dengler to the steamy jungles of South Vietnam in order to partially recreate the experiences Dengler endured. The film becomes difficult to watch at this point as Dengler is genuinely suffering a waking nightmare and his eyes speak of a pain unfathomable to the audience. Although he is aware that this is for a movie, the haunted look that passes over his face suggests otherwise. But Dengler still somehow manages to narrate his tale with an infectious enthusiasm, suggesting that on the level of an exercise in storytelling he has managed to distance himself from the events. 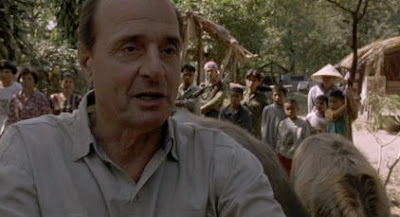 Dengler is an incredible protagonist and perhaps the greatest to ever feature in a Herzog film - both fictional and documentary. He is enigmatic, philosophical and not averse to a poetical turn of phrase - this is perfect for Herzog. Herzog felt particular kinship to Dengler for they are both Bavarians, and both had emigrated to the United States. Both are enslaved to the realm of dreams - Dengler dreams of an airfield full of thousands of planes, and this is where he feels safe. This despite the fact that he never would have suffered as he did without his dream of flying. For once Herzog is able to take a very unobtrusive role in the film, only occasionally does he offer comments as the films narrator. Dengler is such a strong personality that he easily overshadows the film itself and dominates the screen with his non-conformist magnetism. For Dengler the USA allowed him to achieve his dream and perhaps it was a simple case of bad luck that the opportunity came about due to the Vietnam War.
© Shaun Anderson - 2010
Posted by Shaun Anderson [The Celluloid Highway] at 16:03