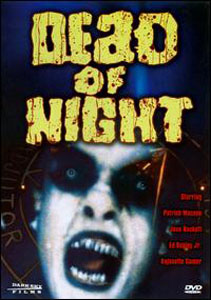 
Almost exactly two years to the transmission date of Trilogy of Terror (1975) writer/director/producer Dan Curtis returned to the anthology format for three more tales of mystery, imagination, and terror, in the shape of Dead of Night. In those two years he had had departed from the horror genre and offered up a small screen action movie with The Kansas City Massacre (1975), and much more significantly realised an opportunity to helm a feature film in the shape of Burnt Offerings (1976). It’s clear from this insipid and monotonous cinematic exercise that Mr. Curtis was far more comfortable operating within the regimen of network television. It seems likely to me that had Burnt Offerings being a major critical and commercial success we may not have had Dead of Night, which on the strength of the final story Bobby, would have been a great shame indeed. The chief thing it has in common with Trilogy of Terror, aside from being an anthology, is that its reputation entirely rests on the final story. Trilogy of Terror has rightfully become something of a cult item, but this has never detracted from the fact that the first two stories are pretty lousy. Unfortunately the same fate befell Dead of Night, whose first two stories are so trivial and dull that they have completely undermined the films claim to the same type of cult following enjoyed by Trilogy of Terror. They both also have Richard Matheson in common, and I’m increasingly of the opinion that anything written for the screen by Mr. Matheson is worth a look. 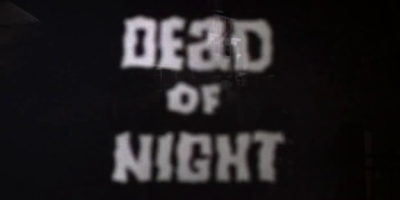 The opening story Second Chance was adapted by Matheson from a short story by Jack Finney first published in 1956. This tale receives a lot of criticism for lacking any horror elements, even though the voice over narration that opens Dead of Night clearly states that the first story will be one of mystery. However its obvious similarities to The Twilight Zone episode Walking Distance and its aura of sickly sentimentality and docility makes it an unusually subdued way to open an anthology film of this nature. The story itself which follows Frank (Ed Begley Jr.) and his attempts to restore a vintage roadster is passable, as is the brief episode where Frank goes back in time to a 1926 replete with an evocative picture palace. But the inclusion of a soporific and introspective voice over is an extremely unwelcome addition to the narrative. The photography by Ric Waite is bland and uninteresting, and while I understand that the use of hazy soft focus lenses may engender a sense of autumnal nostalgia, here it just serves to make the story even more mawkish and verbose. Ed Begley Jr makes for a pleasant enough lead however, and if you’re an enthusiast of vintage cars there may be something of interest here for you. But as a tale of destiny, fate, and the pliable nature of history and time it is far too whimsical and slight to have any lasting appeal. 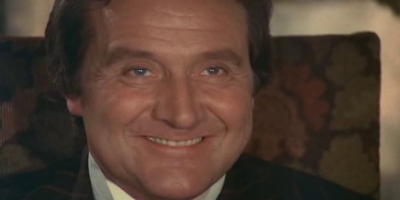 According to the opening narration the second tale is to be one of imagination, and its difference is immediately signalled by its period detail. This episode is entitled No Such Thing as a Vampire and was adapted by Matheson from his own short story first published in 1959. This is a slight improvement over the first story inasmuch as it’s probably the best cast of the three. We have Patrick Macnee playing a nobleman whose wife is being drained of blood, and Elisha Cook Jr. plays the butler with an intimate knowledge of vampires and how to destroy them. Into this fraught and tense household, and on horseback, comes Horst Bucholz. This tale has a pleasantly brooding quality about it, and the sub-Hammer gothic stylisations work to give it a distinctive flavour of aristocratic decadence. Unfortunately though the title of the story gives the game away, and the malicious twist that concludes the narrative becomes easier to telegraph. Nevertheless the performances, the gothic art direction, the Victorian costumes, and the manipulation of vampire lore make this a definite improvement over the opener. 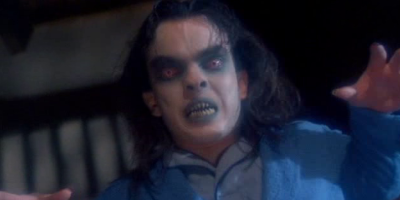 As I alluded too earlier the entire reputation of Dead of Night rests with its final story; an original mini teleplay from Richard Matheson entitled Bobby. Matheson basically recycles W.W. Jacobs’ legendary tale The Monkey’s Paw, but adds an atmosphere of paranoia, claustrophobia, and isolation, courtesy of an inspired decision to set the tale in a house overlooking the sea. The flaky and fragmented performance of Joan Hackett as the mother who calls on the powers of black magic to return her drowned son to the bosom of the family adds a convincing layer to the drama. Likewise the performance of Lee H. Montgomery as Bobby shows range and capability as he switches from an angelic shivering child to a mischievous and wicked force of vengeance with a great line in cruel games of hide and seek. Not only is the mother punished for manipulating the forces of darkness, but she is punished for her own cruelty and mistreatment of her son. Although such things as thunderstorms, electrical shortages, and shattered windows seem like clichés, here they are given new life thanks to a rare commitment from the actors, and the only evidence of inspirational filmmaking from the director. The final shot of the true face of the creature that has returned in Bobby’s place is terrifying and mirrors exactly the final shot of Karen Black that concludes Trilogy of Terror. Dead of Night is an enjoyable anthology, it never emerges from the limitations of this form of storytelling, but it has at least one stand out segment, and in all honesty, that’s a pretty good result for an anthology horror film.