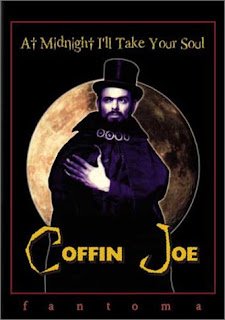 
The brilliantly titled At Midnight I’ll Take Your Soul is a very important horror film for a number of reasons. Firstly it marked the debut to feature filmmaking of actor/writer/director Jose Mojica Marins. Marins was able to create a very distinctive visual and thematic universe throughout his career and his preoccupation with exploring religion, poverty, and counter-culture would result in favourable comparisons to that other South American agent provocateur Alejandro Jodorowsky. The quest to bestow the status of auteur on Marins is fraught with difficulty however. His notorious departure into the realm of hardcore pornography in the hard up late 1970’s and 1980’s damages any attempt to romanticise his troubled career. But the films he made featuring the character Coffin Joe are unmistakably his and at least showed that when he had sufficient freedom and funding his world view was imperative to the proceedings. 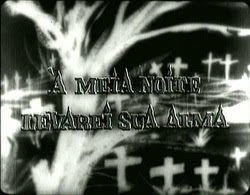 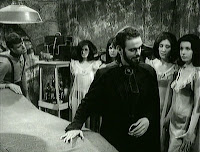 The second important reason is that this was the first horror film to be produced in Brazil. This is significant because the contemporary situation in Brazilian cinema favoured those films which adapted the means of expression of various European art cinema new waves (most notably Italian neo-realism) and explored issues of faith and poverty in rural communities. These films were marked by formal attributes such as the use of 16mm cameras, black and white cinematography, and the modes of narrative address common to what was termed ‘direct cinema’. The most emblematic director of this movement (known in the west as Cinema Novo) was Glauber Rocha who very much defined the look and themes of Brazilian cinema in the 1960’s with films such as Black God, White Devil (1964). To make a genre film within this cinematic culture (and one must bear in mind Brazil had no history of horror) was a very brave and audacious move on Marins’ part. Marins doesn’t entirely do away with the concepts and form of Cinema Novo in his westernised generic effort - the film is shot in black and white, it centres around a poor rural community, explores issues of faith and the nature of blasphemy, and opens with a direct address to screen by Coffin Joe and an ancient fortune teller who urges the audience to leave the theatre for their own sanity! Its clear that Marins is doing far more than making a horror film in a western mould. 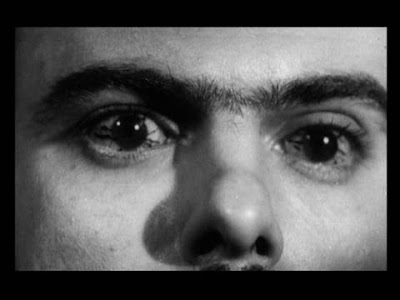 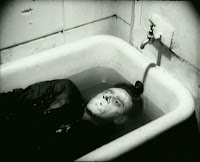 The controversy generated by the film lies in the blasphemy and casual sadism of Coffin Joe (Jose Mojica Marins). Sporting a black cape, top hat, beard and abnormally long fingernails Joe is the local gravedigger who has the indigenous populace quivering in fear at his every utterance. Joe rejects the doctrines of catholic society and is a figure of revulsion and subversion as a result. This is illustrated early in the film by his gleeful eating of meat on a holy day which precludes such an act. Joe is also resolutely opposed to any notion of the supernatural, and lives his life in a manner according to someone who believes entirely in nature and the flesh. His obsession is the continuation of his blood line which leads to his search for suitable brides. This naturally results in a number of corpses being stacked up in his search. The set piece sequences are boundary pushing and its clear Marins is taking a certain amount of glee in sticking two fingers up at censorship boards and pressure groups. What makes them particularly troubling is the sadistic delight Joe takes in the debasement, cruelty, and torture he makes his victims endure. Joe is further separated from his community by an implied wealth. Confirming that questions of poverty, hunger, and survival are close to the surface. Because he isn’t short of cash Joe doesn’t require the succour of catholic faith and he mercilessly mocks those less fortunate than himself who cling to anything to help them through their difficult lives. 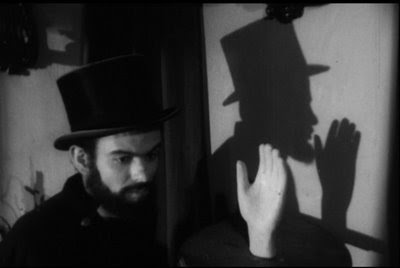 Despite this black streak of subversion, and Marins’ obvious efforts to make Joe a counter-cultural hero, the film is surprisingly conservative. Although Joe spends most of the film getting away with his callous and cruel deeds he is still ultimately punished for them. His downfall comes due to his misguided disbelief in the supernatural and his failure to recognise the power of vengeance - which in this case can be achieved beyond the grave. Up until the final scenes the film is somewhat amateurish in its execution. The editing is at times dynamic and interesting, but the film never quite escapes its meagre budget. But the finale which sees Joe face his victims in a nightmarish crypt and succumb to the insanity of the grave remains a striking and haunting moment in horror cinema. The Coffin Joe films have been criticised for being too talky, stagy, slow, and not particularly cinematic and there is evidence of all of these things here. But At Midnight I’ll Take Your Soul still remains one of the most culturally significant horror films released in the 1960’s and proved that Mexico was not the only South American country that could explore social, cultural and political concerns within the framework of imported generic modes.
Posted by Shaun Anderson [The Celluloid Highway] at 20:05