Never Take Sweets from a Stranger (1960) 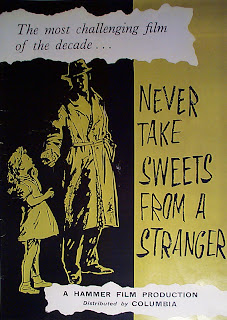 aka:
Never Take Candy from a Stranger


This thought provoking and intelligent film from Hammer Film Productions is no longer a tantalising obscurity thanks to Sony Pictures’ recent Icons of Suspense collection. This excellent set continues a general trend in recent times of appreciating the breadth and diversity of Hammer with Never Take Sweets from a Stranger holding a prominent role in this. The controversial subject of child molestation remained a largely unexplored territory in 1960, and the narrative called for a delicacy and subtlety of approach for which Hammer, at the time, were not known. The major surprise of the film is just how tactfully the troubling details of the plot are presented. In all aspects of the production there is a feeling of understatement and minimalism, a sense that this adult subject can speak for itself and does not need the melodramatic and exaggerated embellishments of Hammer’s more sensational offerings.

The ancient paedophile Clarence Olderberry Snr (Felix Aylmer) haunts this film in a way very similar to Count Dracula in Hammer’s 1958 reinterpretation of the Bram Stoker novel. He is also more monstrous, and our first sight of him staring at the playing girls through binoculars, unable to contain his excitement, is possibly the most frightening image in Hammer’s canon. Olderberry has no dialogue and comparatively little screen time, but his dark influence pervades every scene. The performance by Aylmer is astute and enigmatic, and a masterpiece in non verbal communication and mannerism. Olderberry and his perversion has been humoured by a community in debt to his family, and the most troubling aspect of the narrative is the manner in which the inhabitants of Jamestown are willing to put aside a sense of morality and justice in support of the capitalist endeavour that founded the town. 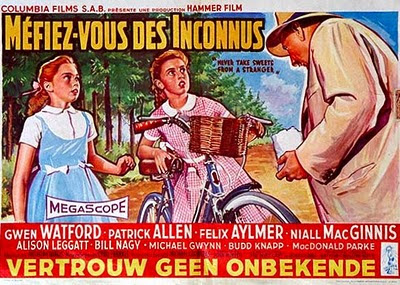 Into this community come a young English couple - Peter Carter (Patrick Allen) has been appointed the new principal of the high school and finds himself in an awkward position when his daughter Jean (Janina Faye) describes what Olderberry Snr inflicted on her and her friend Lucille (Frances Green). Carter has Olderberry Jr (Bill Nagy) to thank for his new position and faces the dilemma of having to turn the other cheek to save his livelihood. To be fair Carter is pretty ineffectual, the need for justice is propelled forward by the determination of his wife Sally (Gwen Watford) who is unable to stand by and allow this to happen to other children. At this point the community turn their backs on the outsiders, with the Carters unable even, to gain support from the police. This sets up a conflict between a family with standing in the community and a family who are newcomers. The Carters do not play by the rules and are a subversive element within Jamestown. The Canadian setting is integral to this, because it is necessary to have a setting in which it is possible for an individual family to found a town, the realism of the narrative would falter considerably if this had been transplanted to England for example. But there is certainly a sense of British justice and fair play about the Carters, and a sense that this backward Canadian community need to learn a lesson about the integrity of the legal system. 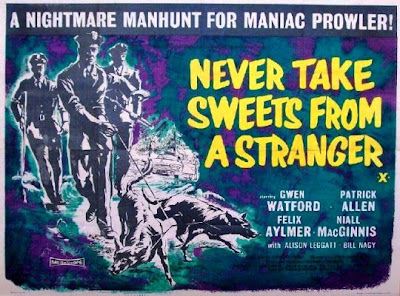 This is accentuated by the tragic finale which sees Olderberry Snr acquitted in a shambolic show piece trial and allowed his freedom to stalk the two girls in a barren woodland. The death of Lucille is the punishment for a community that have been willing to turn a blind eye to the perversity in their midst. This chase sequence is particularly well structured and shot by director Cyril Frankel. Frankel, who went on to direct The Witches (1966) for Hammer, brings an unfussy and clinical approach to the proceedings and does everything in his means to dilute the sensationalism of the narrative. There is a sense of discretion which filters down to the beautiful black and white cinematography of Freddie Francis and the sparse music of avant-garde composer, and later to be Amicus regular, Elizabeth Lutyens. The performances are without exception strong and committed, with each major character being allowed an opportunity to express the internal dilemma’s tearing them apart - in this respect Billy Nagy as Olderberry Jr deserves special notice. Unfortunately this commendable drama died at the box office in 1960 despite reviews that were above average for Hammer. The film has an objective approach which chooses to present the narrative without offering the type of moralising one would expect and this is a brave decision which is now beginning to pay dividends as more people discover this very important film.
Posted by Shaun Anderson [The Celluloid Highway] at 12:59