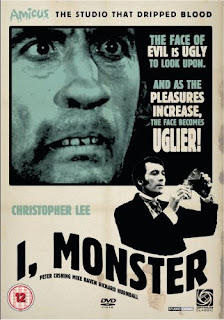 
The chilling and legendary gothic novella The Strange Case of Dr. Jekyll and Mr. Hyde written by Scottish author Robert Louis Stevenson and first published in 1886, has proven to be a particularly durable narrative for cinema and television to mine. Unfortunately the commercial imperatives of the marketplace, not to mention the conventions of narrative cinema, have often compromised its translation from page to screen. Perhaps most prominent in cinematic versions is the need too include a romantic sub-plot. The original novella is remarkable for its total lack of female characters. The second notable alteration is the need too include a special effects driven sequence illustrating the transformation Jekyll experiences when he morphs into the wicked Mr. Hyde. This aspect of the adaptation has taken on a prominence in the narrative that far outweighs its importance. For their 1971 take on Stevenson’s tale Amicus Productions, with a screenplay by co-founder Milton Subotsky, bravely removed the romantic underpinnings of past versions, and in a further act of bravery or perhaps desperation, gave the directing duties to young newcomer Stephen Weeks. 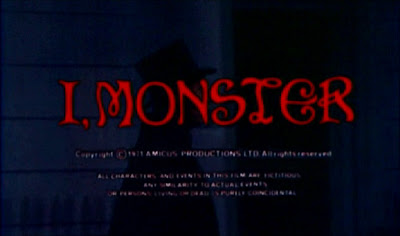 The screenplay by Subotsky, whilst perhaps being the most faithful translation of the tale ever filmed, still has a number of important differences. The setting for example is moved forward to 1906, the age of enlightenment and modernism. This chronological aberration is a narrative device utilised entirely to bring Sigmund Freud’s psychoanalytical theories into the film. This is a notable innovation because this was precisely the theoretical device that helped to legitimise the horror genre in academic circles in the 1970’s. Despite this progressive subtext the visual look is still redolent of the Victorian age brought so vividly to life by Hammer, and I, Monster suffers from a somewhat anachronistic feel. In this rendering Dr. Marlowe (Christopher Lee - in one of his most enjoyable horror performances) is influenced and motivated by Freudian concepts - this is interesting, but the ultimate result is that the film loses the satirical bite of Stevenson’s original work. 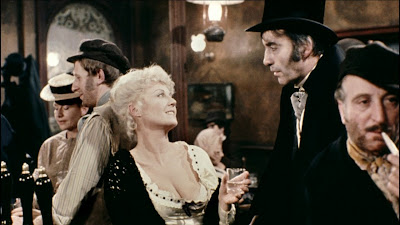 The novella suggests, in no uncertain terms, that issues of social depravity, environmental decay, and the selfish attitudes of the upper classes, are contributory factors in the lawlessness, mindless hedonism, and criminality of the lower classes. Whilst Stevenson does make use of the very Freudian concept of the return of the repressed (though crucially Freud had not explored this avenue at the time the book appeared) the film completely relies on it - to the extent that it lacks the multiplicity of critical approaches the novella does. It simplistically states that whilst Dr. Marlowe is strutting around as the brutal Edward Blake he is merely indulging in the base side of his repressed personality, and any wider cultural or ideological discussion is ignored. This wasn’t new to Amicus and by the conclusion of I, Monster it has lost any promise and become a one note morality tale. 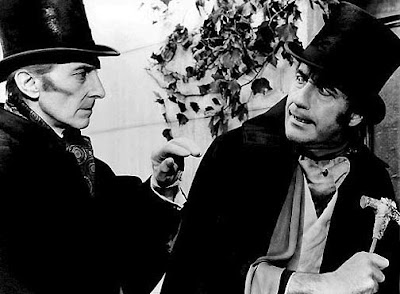 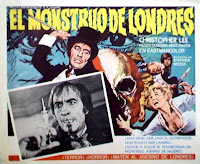 Despite this I, Monster works extremely well because it has a sense of restraint and minimalism. Don’t forget these were the days when Hammer were indulging in a lot of nudity and violence, the social savagery of Pete Walker was just emerging, and The Last House on the Left (1972) was just around the corner. The direction by Weeks is unremarkable and somewhat pedestrian, but the film as a whole, has a genteel tone that is actually quite admirable. Marlowe’s transformation occurs off screen (a fact that no doubt contributed to its lacklustre box office performance) and the result is more laughable than horrifying - Christopher Lee with dodgy dentures, a deformed nose, and a very bad haircut. It does however give Lee the rare opportunity to loosen up and go way over the top, and this is refreshing and hilarious to see. The subtle and delicately delivered performance of Peter Cushing as Frederick Utterson offers balance to Lee’s melodramatics (but the less said about Mike Raven’s overly mannered performance the better). For once in an Amicus production the production design and art direction enhance the film. The fog enshrouded London exteriors are impressive, as is Marlowe’s cluttered laboratory set. Along with --And Now the Screaming Starts! (1973) this is best visual approximation of Hammer that Amicus achieved. But this wouldn’t be an Amicus film without the ever reliable conservatism of Milton Subotsky, and the screenplays failure to offer more radicalism and satire ( Hammer’s The Two Faces of Dr. Jekyll (1960) is a much more socially committed version of the tale) is a missed opportunity. Nevertheless for fidelity to the original text I, Monster remains a film of note.
Posted by Shaun Anderson [The Celluloid Highway] at 15:07