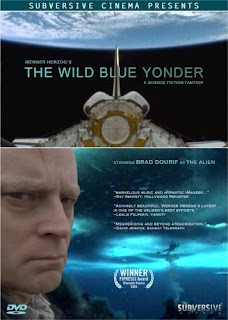 Dir: WERNER HERZOG
Country: GERMANY, FRANCE, AUSTRALIA, UK
German director Werner Herzog has made a career out of an intriguing and often controversial fusion of fiction and documentary. His fictional feature films such as Aguirre: Wrath of God (1972) and Fitzcarraldo (1982) foreground the hardship, toil and risk of their filming and come across as much as essays on the perils and difficulties of the filmmaking process as they do works of poetic art. Likewise, documentaries such as The Ecstasy of the Woodcarver Steiner (1974) and Little Dieter Needs to Fly (1997) have all the embellishments and stylisations one would expect in a feature film. 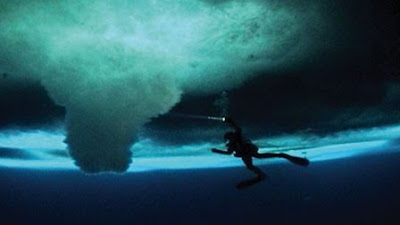 The Wild Blue Yonder is equally problematic, and is a particularly demanding and challenging film. A large portion of its running time consists of documentary footage, in this case footage that Herzog found and then assembled into the form we saw. This is something he also did for Grizzly Man (2005), as he selected appropriate material from some one hundred hours of footage. The footage in this case is of large extended passages of American astronauts in space, and of footage shot under the layers of ice in Antarctica. This latter material represents an alien world in the film, and is particularly evocative and otherworldly. The film is a work of science-fiction, but it pays scant attention to the conventions of the genre. Its only concession is The Alien played with suitably wide-eyed edginess by Brad Dourif. There are no special effects here as Herzog tells us the story of a doomed civilisation who travelled for hundreds of years to reach our planet, but failed to establish a new civilisation. The result is a film that aches with a doomed pessimism, of failed hopes and faded dreams. This mood is not brightened by an audacious soundtrack composed of the singing of a Sardinian choir and the muted strangulations of Ernst Reijsiger’s string arrangements. This music seems to suggest the cries of a planet in agony, of an environment in despair. The environmental concerns of the film place it firmly within the cultural discourse of our age, and the future as forecasted by Herzog is bleak. 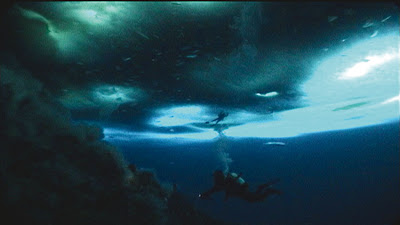 Unfortunately the disparate elements of the film don’t gel into a satisfying and cohesive whole. The cuts from one to the other can be jarring, but full credit must go to the bravery of Herzog for allowing much of the Antarctic and NASA footage to play out without the intrusion of sloppy editing. However, the length of these sequences could be troubling for viewers. Once the awesomeness of the material has been recognised, very little happens. Herzog also indulges himself with some very dull sequences involving mathematical theories of space flight and time travel, but his use of existing theories and eminent Professors in this field, again adds to the tension that exists in the film between fiction and reality. One can view the film as the completion of a loose trilogy beginning with Fata Morgana (1971) and Lessons of Darkness (1992), and indeed these two earlier efforts do make interesting companion pieces. However, the reliance on pre-existing footage in this film serves to dilute the purity of theme and intention seen in those earlier films. Herzog must be admired for exploring daring new forms, especially now he is into his fifth decade of filmmaking. But The Wild Blue Yonder is only a partial success, however even Herzog’s partial successes are essential viewing.
© Shaun Anderson 2010
Posted by Shaun Anderson [The Celluloid Highway] at 20:29