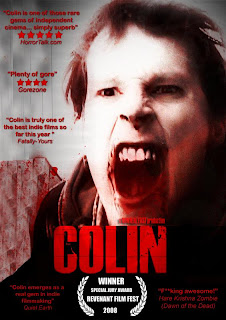 
The British zombie film is a relatively recent addition to the myriad of subsets that make up the history of British horror. Prior to the break out examples 28 Days Later (2002) and Shaun of the Dead (2004), one has to travel far back into the mists of time to the heyday of Hammer horror and their sublime Plague of the Zombies (1966). Unfortunately British cinema is not in the privileged position where it can map out the generic landscape and instead has to respond to external commercial forces. This is why the relationship between a socially committed cinema that explores British concerns and the genres that often make a film a commercial proposition is one filled with a tension that causes headaches for culturally minded funding bodies. The British zombie film is a good example of these market forces at work, and whilst other examples have ably addressed cultural concerns and anxieties Colin is unique in its attempt to reconfigure the conventions of the zombie film.

The strategy to promote and celebrate the films £45 shooting budget and its poverty row production values was an important step in securing the all important distribution network. But such a revelation has unfortunately overshadowed the importance of Colin as an all too rare example of a film that innovates within generic expectations. This innovations lies in the subjectivity of Colin’s (Alistair Kirton) experience as a recent addition to the ranks of the undead. Writer/director and all round film whiz kid Marc Price wisely opts to avoid any explanation for the zombie apocalypse (a trick borrowed from Romero’s Dead series which merely offers possible theories) and is thus able to concentrate his full attention on the odyssey that Colin undergoes in his search for placement in a world that has suddenly turned upside down. There is a certain quaint domesticity about this particular catastrophe, with important scenes taking place in kitchens, living rooms, conservatories and flats. This is one of the first zombie films that does not contain protracted scenes of survivors hammering wood panels over windows and doors in a bid to keep the flesh eating horde out. Instead the return to the domestic sphere is a fundamental element of Colin’s journey - suggesting that if such an event does take place, the safest place for the non-infected is probably out in the streets. 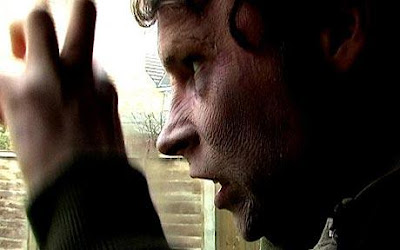 The desolate London setting is eerily evocative as Colin embarks on a series of bizarre episodes - he survives an attempted mugging, unwittingly ventures into a gruesome cellar in which a nutcase is keeping female zombies captive, survives the violence and brutality of a vigilante gang dedicated to the destruction of his kind, and is eventually kidnapped by a gang who turn out to be led by his sister. Throughout these episodes Price and his dedicated crew ladle the gore around liberally to ensure that Colin doesn’t pull its punches when it comes to scenes of violence. After his initial bemusement Colin is more than happy to join in with his fellow diners, but his attachment to an MP3 player suggests he is not entirely a lost cause. By the halfway stage the film lurches from its meandering episodic narrative structure to suddenly emerge as a highly emotive and touching exploration of familial breakdown. Colin becomes a tragic figure of epic proportions as he pathetically scratches the window to attract the attention of a sister who will soon succumb to the zombie disease. The film then bravely shifts to a flashback which shows all the events leading up to Colin’s fateful encounter with his brother in their kitchen. The narrative comes full circle as Colin trudges through the snow to the flat of his girlfriend, as he finally achieves his placement in a suddenly chaotic universe. 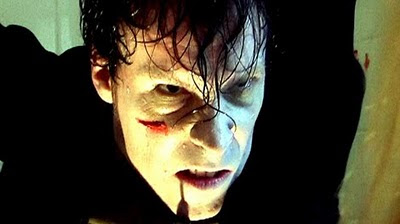 Only on occasion does Price deviate from the perspective of Colin, and these moments are among the weaker aspects of the film. A rather strange scene for example sees a number of people trapped in a house full of zombies, it is a nonsensical scene only there for purposes of graphic bloodletting. Fortunately such concessions to the marketplace are few and far between and Colin generally speaking adheres to its own set of internal logistics. The lack of dialogue, the profusion of poorly lit sequences (the night time scenes especially suffer), and the general poverty of the film may put some viewers off. But the importance of Colin lies in its relationship to the sub-genre it sits in, rather than the means of its production and distribution.
© Shaun Anderson 2010
Posted by Shaun Anderson [The Celluloid Highway] at 15:55